Construction has changed a lot in the past 50 years, and new technology is always threatening to upend the entire industry. There are always new buildings and houses being built in an effort to meet the needs of the growing population and industry demands.

Traditionally, construction was done with materials such as stone or wood. As buildings became more sophisticated, we needed stronger materials like steel. Nowadays, things have changed drastically in construction – and it’s all thanks to 3D printing technology. 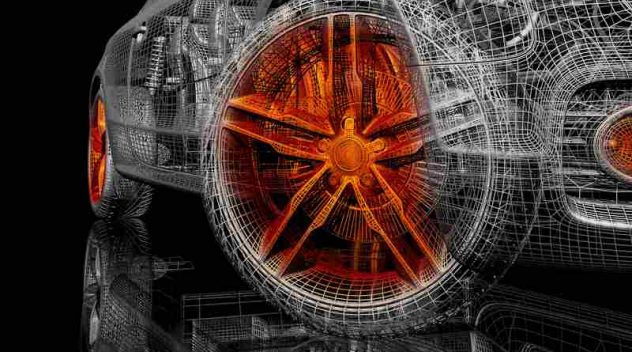 This innovative process allows builders to print walls from cement, building up layers of building materials into a solid structure. These 3D printed buildings could revolutionise the way we build and pave the way for low-cost homes to help address the housing crisis.

What is 3D printing?

A 3D printer is an electronic device that takes a digital file and creates the physical object it describes. This technology has existed for decades, but only recently have they become affordable enough to put in every company’s office. Companies like Proto Labs offer 3D printing on demand for those that don’t have their own printer.

Small-scale 3D printers can be used to print small items like toys, spare parts for tools and even jewellery. But on a larger scale, construction companies are developing methods that would allow them to print entire walls and structures.

This works by laying down thin layers of concrete on top of each other to create the wall. The printer is able to use certain materials in place of cement, which reduces cost and pollution while increasing speed.

This technology would allow construction companies to build homes faster than ever before. Imagine being able to order your dream house online or having one built for you after only a week. It will also reduce waste during the building process because the 3D printer will know precisely how much material is needed to print the design. It could also make it easier to adapt existing structures.

How does 3D printing in construction work?

A construction company that uses this technology would first have to design the house using a computer-aided drafting program. Once it’s finished, they can send the file to a printer and let it work its magic. The machine will then print walls layer by layer until the desired result is achieved.

If cement or other materials are used instead of concrete as filler material, those parts could be printed with these substitutes, which reduces cost and pollution. It could also speed production time and reduce damage on-site, where there might normally be waste from cutting pieces too large for their needs.

What are the benefits of 3D printing in construction?

This technology has many benefits for the construction industry, from saving money on material costs to increasing speed and reducing waste.

By using a large printer instead of lots of manual labour, it will reduce cost as well as time spent working at a construction site. It may also cut down on transportation during this process because more materials can be stored in one place rather than being transported by truck or train.

Reducing pollution is another benefit of this new method of building homes and other structures. By printing cement-substitute parts with recyclable plastics or mineral powders that don’t require firing in an oven as regular concrete does, fewer emissions are released into the air when compared with traditional methods involving cement trucks driving over roads.

We don’t yet know how widely accepted 3D printing will be over traditional methods. While it might help to reduce costs in terms of workforce on-site, the cost of the 3D printer is still rather expensive.

Architects and builders will also need to be retrained to be able to work with the files required for 3D printing.  Currently, most designs are in a CAD program that is not widely used.

With the increasing affordability of this technology and increased interest from big companies, we might see more construction sites using these methods in the next few years.

What impact will this have for homeowners?

This could affect builders, architects and engineers working on building homes across America every day by drastically increasing the speed at which they can build homes while reducing cost. It may also allow them to reduce waste during building projects because it would be easier to print exactly what’s needed rather than trying to cut pieces down to size.

This could drive down the cost of construction, making it more attractive for buyers to purchase a plot of land and build their own dream house rather than settling for an existing home.

One area that 3D printing could potentially transform is low-cost housing for the homeless. 3D printing would drastically reduce building times, allowing local authorities to quickly address the homelessness problem. Schools could also benefit from this type of construction. It would allow new school buildings to be quickly assembled during school holidays to ensure minimal disruption. This would allow schools to replace portacabin classrooms.

Choosing the right building for your business

Where to get the construction equipment you want at the right price?