What is the first thing that crosses your mind once you hear about blockchain – cryptocurrency, smart contracts, or something else?

With the rising adoption of the technology, there are still many misconceptions about its advantages and limitations. Read on to learn more about the most common myths regarding blockchain. 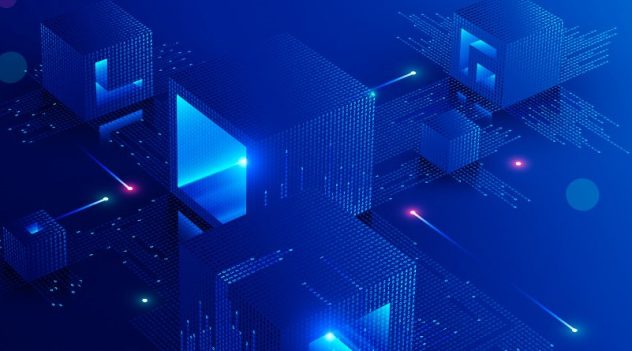 According to Statista, the global blockchain market is predicted to reach more than $39 billion by 2025. It’s no surprise that blockchain development services are applied throughout many industries, from agriculture, education to healthcare and insurance. Technology offers many benefits such as records immutability, enhanced transparency, increased traceability, etc.

Blockchain is still surrounded by numerous myths. However, to better understand the technology and leverage all its benefits, it is vital to understand what facts are true and what is not. Let’s take a closer look at some of the myths that are driving misinformation and confusion.

Myth 1: Blockchain and cryptocurrency are the same thing

Since blockchain is closely associated with cryptocurrencies and Bitcoin, in particular, many use both terms interchangeably. However, blockchain, cryptocurrency and Bitcoin are entirely different notions. Let’s explore their definitions to understand the difference.

Blockchain is a decentralized ledger that is used for storing data regarding all transactions across a peer-to-peer network. It is called decentralized because data is duplicated among numerous computers. Blockchain indeed was developed to underpin Bitcoin, but it is not the same.

Bitcoin is a digital currency or electronic payment system powered by blockchain technology and thus allows to transfer of bitcoins without the middleman like a bank or government.

Cryptocurrency is an online currency with a decentralized network driven by a distributed ledger that helps to record transactions. There are numerous cryptocurrencies, including Bitcoin, Ethereum, Ripple and many others.

Myth 2: Use of blockchain is limited to cryptocurrencies

Since blockchain was initially used for keeping a record of transactions involving cryptocurrency, many considered the technology applicable only to it. Nowadays, there are many examples of blockchain usage to track the food supply chain, store medical records and digital diplomas, ensure in-car payments, etc. With the increasing adoption of the technology, its scope is also rapidly expanding.

As a matter of fact, blockchain is known for encrypting information and the absence of features to remove data. Because of this, many people consider the technology to be 100% secure and impossible to tamper with. But blockchain is no panacea for all the security threats. For example, blockchain can be altered with the help of consensus mechanisms – if a single person controls the majority of network computing power and has been hacked.

Myth 4: All the blockchain-based transactions are anonymous

While recording a transaction, the technology does not disclose the name of the wallet owner and make any transaction anonymous. However, it stays true only till there’s no relation between your wallet information and your identity. Once the link between your wallet and who you are, including your IP, your email, or anything identifiable, is established, a tracker can link your address with all the transactions that you have ever made through blockchain. With the increased number of illegal activities, government organizations use this to establish the name of the wallet owner and address to find the criminals.

Blockchain has been gaining momentum throughout multiple industries. Believing in myths regarding blockchain technology and not conducting proper research can lead to bad business decisions. However, knowledge about major misconceptions regarding blockchain can help you define key benefits it can bring your business and how you can leverage its potential to the fullest.

Olha Zhydik is a Content Marketing Manager at ELEKS, a global custom software development company. Olha has been working in the IT industry for over 10 years, including 6 years in marketing. Thanks to her diverse experience, her writing offers a fresh perspective on how technology can help businesses not only innovatively solve problems but also gain a competitive edge. You can connect with Olha on Linkedin or Facebook.