Industries that won’t survive the 2020s

Nothing lasts forever in business. What sells like hotcakes one day will be left on the shelves the next, and if it’s left on the shelves for long enough, the company that sells it will eventually go out of business. Blockbuster Video seemed like an essential service in the 1990s, but the advent of streaming killed the business model stone dead faster than anybody could have predicted at the turn of the century. Many industries that we believe to be vital or important now will eventually go the same way. 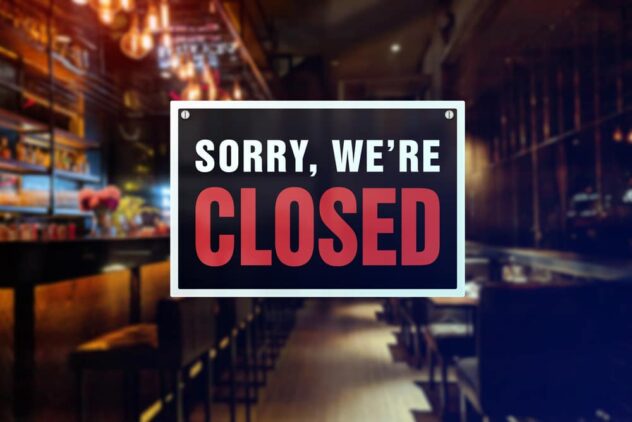 We’re sure that the people who worked in the DVD or VHS rental business would have appreciated a little more forewarning that their days were numbered, but what if we could provide that forewarning? What if we were able to get our crystal balls out now and predict that types of business or industry will be going the way of the dodo by the end of the current decade? Perhaps we can. We’ve looked at the statistics and identified five industries that appear to be on the outs.

Here’s another entry that won’t come as a surprise to anybody. Although millions of people still buy physical newspapers every day, there are almost 49% fewer people working in the newspaper industry now than there were in 2020. Most national newspapers that were around ten years ago still exist now, but local papers are shutting down at an alarming rate. That trend isn’t going to turn around. Most people – and especially younger people – rely on the internet and television for their news rather than picking up a paper. The news is fluid and changes over the course of a day. Within an hour of a paper being printed in the morning, the news inside it could be out of date. Big newspaper companies have found ways to make money by going online with digital issues so we could see newspaper websites making it to the end of the decade, but we suspect that hard copies will be as rare as hen’s teeth.

A lot of what we’ve said about newspapers is also true of the greeting card industry. Think about how many Christmas cards your household receives now compared to the number you received every year when you were young. When’s the last time you bought a Valentine’s Day card or a birthday card? Social media websites remind us to wish our friends happy birthday when the day arrives, so that’s what we do. That’s also why the number of people working in the industry has declined by more than fifty per cent since 2010. There are barely more than four thousand people working in greeting cards in the USA now, so with that rate of decline, it will drop to below two thousand by 2030. That probably isn’t enough to sustain the industry, and so it will dwindle and then die.

Gambling has never been as big a business as it is now, and yet there have never been so few casinos being built in most parts of the world. You have exceptions like Las Vegas and the various places in the US where sports betting is now legal, but the broad and general picture is one of decline. That’s because online slots and casino websites now exist. Why would anyone go out and pay money to get into a casino when they could play online slots from the comfort of their own homes and sometimes get better odds by doing so? The global gambling industries have become bigger than most people could have imagined because of online slots, but the buildings that contained their physical counterparts have never been in more peril.

There will be exceptions to this, but those exceptions will be the biggest chains in the industry. The days of having a small independent bookstore in your town are almost over, and that’s probably a sad thing for culture. If you’re over 35, you can probably remember a time when there were at least two or three book shops in your town. Those shops probably aren’t there now. They didn’t re-open elsewhere or move to another premises – they closed down. There are 41% fewer bookstores around today than there were in 2010, and even those that have survived pay barely above the minimum wage to the people who work in them. E-readers haven’t quite replaced books and probably never will, but they’ve done damage. So has Amazon. People don’t need to browse books in a store when they can order them online and have them delivered, so that’s what increasing numbers of them do.

There’s one common factor in all of this, and it’s the internet. Many of us marvelled at the communications potential of the internet when it first found its way into our homes in the 1990s, but almost none of us realised how central it would become in our lives. We now know – because industries trends have proven it – that if people can do something online, they’re far more likely to do so than they are to go and perform the equivalent task in person. There will be more casualties of the internet in the future, but the industries we’ve highlighted above are in the most danger right now.

A look at bankruptcy from both sides of the pond