Who owns who? Superbrands and their subsidiaries

There’s an age-old conspiracy theory claiming that just a handful of individuals rule the world, whilst this isn’t true by any stretch of the imagination, there are actually a small collection of powerful people out there that are responsible for a surprisingly large number of brands. 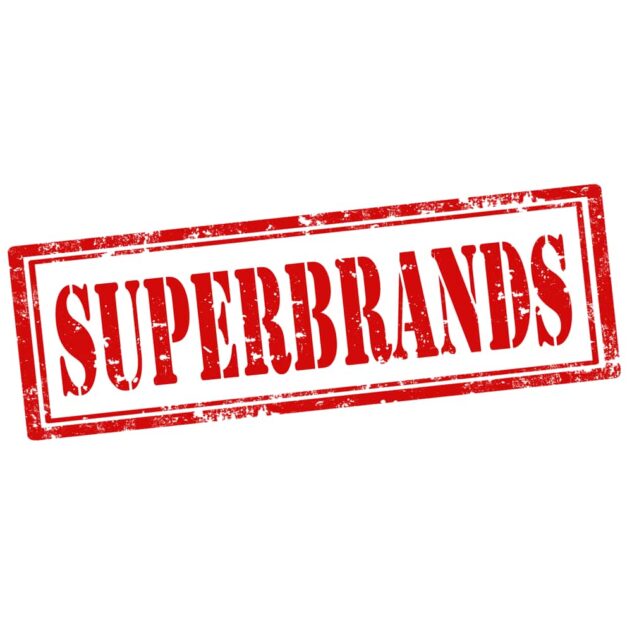 These are brands that you come into contact with practically every single day. What’s alarming about this is not only the fact that there are so few people at the top of the chain enjoying all the profits, it’s the fact that all of these companies absolutely dominate the markets they operate in.

Not many people realise that just a handful of huge multinational companies own an entire roster of competing brands, companies, software and even physical locations… This article looks to break down those barriers and open your eyes to who owns who, we think you’ll be very surprised with what we’ve revealed.

Ultimately it doesn’t really matter what your choice of carbonated drink might be, because odds are you’ll always be drinking something made by our overlords at Coca Cola. The popular beverage brand operates in over 200 countries and has created or acquired some of the most recognisable beverage brands that are not Coca Cola.

If you’re reaching for any of the following soft drinks to quench your thirst then you might be very surprised to discover that they’re created by The Coca Cola Company: Fanta, Sprite, Doctor Pepper, Powerade and Lilt. All drinks you might have thought were competing with one another.

Of course, the list doesn’t end there, Coca Cola also owns water brands DASANI Water, Vitaminwater and SmartWater, juice companies Minute Maid, Appletiser, Simply Juice and Innocent Smoothies. The biggest shock for us was that Costa Coffee, one of the United Kingdom’s most popular coffee chains, is owned by Coca Cola.

It’s no secret that Walt Disney has their fingers in a lot of pies, when you have that much money and influence globally it’s only natural that they’re going to continue to grow their sphere of influence in order to continue growing as a major brand.

Founded as a studio in 1923, the House of Mouse conglomerate now employs hundreds of thousands of people around the world and brings in yearly revenue in the billions, in part thanks to some of the huge companies and brands they’ve acquired over the years.

Internally, the Disney brand has an incredible number of subsidiaries such as the Walt Disney Parks and around the globe, their movie studios, television channels, cruise lines, publishing houses and a venture capital arm, just to name a few.

Then there are the acquired brands you’ll already be well aware of such as Pixar, comic-book giants Marvel, the studio behind Star Wars, Lucasfilm and media empire 21st Century Fox. But what about those companies that will completely surprise you?

Disney owns a whole host of major television brands including sports media giants ESPN, The History Channel, Hulu, FX and ABC. In addition to this, they have invested in a large number of gaming and tech companies including Epic Games, Photobucket and GoPro. The final shock? Disney owns Hollywood Records, which means chart-topper Demi Lovato’s boss is Mickey!

If you grew up in the United Kingdom in the 1990s or 2000s then you’ll have likely spent happy weekends visiting theme parks such as Alton Towers, Thorpe Park or Chessington World of Adventures with friends and family… But did you realise their owners Merlin Entertainment own so much more than just these iconic theme parks?

The British entertainment conglomerate owns a whole host of theme parks around the world including Northern Germany’s largest theme park Heide Park, Gardaland Resort in Italy that was once named Forbes Magazine’s fifth-best theme park in the world and the entire Legoland resort brand, which has sites in the USA, Germany, Denmark, the UAE, Japan and Malaysia.

As mentioned, Merlin owns much more than just theme parks. The company runs world-famous attractions such as Madame Tussauds and Sea Life in multiple locations worldwide as well as Ski Resort in Australia, Warwick Castle and the London Eye in the UK and a whole host of famous shopping centres such as the Trafford Centre, Val d’Europe and the Mall of America.

In 2012 Facebook CEO Mark Zuckerberg pulled off what was widely considered to be one of the most incredible acquisitions in the history of Silicon Valley when he purchased Instagram for $1 billion, a purchase that was met with confusion, as at the time the app was run by just 13 people and generated no revenue whatsoever.

Ultimately, this move proved to be an absolute masterstroke and it opened the door for Facebook to continue aggressively acquiring talented young tech startups (and established ones) that could bring value to the Facebook brand.

In 2014 the company purchased the incredibly popular messaging app WhatsApp and quickly followed this with Oculus VR. It’s somewhat difficult to understand why Facebook purchased these companies, as they don’t fit in with what Facebook already does.

However, these decisions make some sense when you look back at a quote from Mark Zuckerberg in which he stated: “We have not once bought a company for the company. We buy companies to get excellent people.”

Since 2005 Facebook has acquired a grand total of 90 companies, with a surprisingly large number of them working within AI and Facial recognition. Whether or not we should be worried about these acquisitions and their plans relating to the two technologies remains to be seen.

If you were to go into your kitchen or bathroom right now, it’s quite likely that at least half of the products sitting in your cupboards are going to be ones created and marketed by American consumer goods company Procter & Gamble.

Brother-in-laws William Procter and James Gamble found success in the 1800s providing the Union Army with soap and candles during the American Civil War. In the years that followed the war, the brothers worked to rapidly expand across the United States and Europe.

The management team behind Procter & Gamble that preceded the brothers following their deaths continued the company’s rapid expansion by building and acquiring factories around the world to produce household products. By the mid-1900s P&G had developed popular products such as Crest toothpaste (known as Oral-B in the UK), Tide washing detergent (known as Daz in the UK) and Charmin toilet paper.

In the years following the multinational conglomerate has created hundreds of products, with 19 of these products making net annual sales of more than $1 billion. These products include Gillette razors, Head & Shoulders shampoo, Olay beauty products and Pampers nappies.

Naturally, this article could have gone on for much longer, there are plenty of companies out there that are growing at an exponential rate, eating up the competition as they go.

One example of a company that’s quickly growing into a true superpower of their industry is Evolution Gaming, the iGaming giant announced its intention to purchase rival company Big Time Gaming in April 2021 for €450 million. This comes less than a year after they spent an incredible €1.87 billion on another rival company NetEnt (and their subsidiaries).

These purchases have seen the technology firm grow into what can genuinely be considered as the biggest and most successful market leader in the creators of online slot and casino games.

Other conglomerates that nearly made the cut, but deserve a mention include the Virgin Group, Rolls-Royce, 3M, Hasbro, Amazon and Microsoft.

Why the post-purchase customer experience is crucial to ecommerce success

Five things you should do when launching a startup business