The lack of video and streaming in online publishing

Video content creation and live streaming has become insanely popular over the last few years. It has gained so much momentum that it is estimated to account for more than 80% of the total amount of internet traffic in the coming year. Newer technologies are only speeding up this process, with rollouts like 5G making it possible to push huge amounts of bandwidth, making live streams and mobile video consumption effortless. 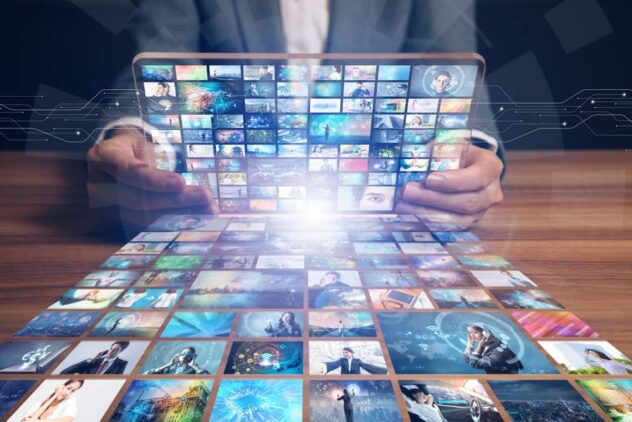 The increasingly high computational power of our mobile and desktop devices is also easing this migration to a very video-heavy digital experience. Additionally, there is an absolute deluge of video and media hosting sites, which means it is in the publisher’s best interest to get on the video streaming bandwagon while it’s still early.

Why you should care about video and streaming

Many people in publishing quickly dismiss the trend of video and live streaming. They will write it off as a fad, or say that it’s too niche and that only video game nerds watch live streams. They may even give an entirely too generic excuse of “nobody cares if we live stream.” All of these excuses are lazy at their best, and indicative of poor business acumen at their worst.

Video games do make up the lion’s share of streaming activities, and we’d be lying if we told you otherwise, however, that doesn’t mean that the publishing industry is somehow precluded from leveraging the benefits of streaming. Video games generate enormous levels of ad revenue from streamers, and the video market is ripe for use by other industries.

Instagram is a perfect example of this. While a huge number of those using the platform use it for makeup tutorials, hairstyle inspiration, and cooking videos, there are businesses that find they can drive unbelievable traffic from the platform by streaming, even though they aren’t in the “typical” Instagram-style subject matter.

If you pursue streaming for no other reason than simply “it’s popular” and “lots of people are doing it”, then that’s a win. The chance to use an online video platform to reach countless people in your audience is a hard one to ignore, especially when they can tune in and subscribe with just a tap or a click. If you have the content that someone, somewhere is looking for, you can bet there are thousands of others if not more, looking for the same thing.

One of the main draws of streaming is that it is essentially free broadcasting on your business’ own channel. By leveraging search engine optimization as well, you can increase your exposure and become a trusted authority on your own content. This free broadcasting and, basically, free advertising, is at the heart of what was already a $30 billion dollar machine 5 years ago. A machine that is projected to be a nearly $80 billion dollar monster by 2022.

Regular video-based content has been on the rise for years, as bandwidth and processing power have continued to trend upward. When comparing the streaming video to pre-recorded, live video is beginning to challenge conventional video for the largest viewership. The growth rate of live streaming is one that can mean gigantic increases in revenue for your company.

So many publishers rely on the old mindset of publishing a piece and letting people react to it. The push for live video will begin to reward the early adoption publishers. It has been shown that the more live content one produces, the more engagement it drives, and subsequently, more revenue is created.

How to promote your Twitch stream the right way