The dollar’s dominance has been clear for many years.

Back in 1969, President Richard Nixon stunned everyone by suspending USD “convertibility,” thereby destroying the post-war fixed exchange rate regime. Since then, several people have predicted the demise of the dollar, and the myth persists to this day. It’s just a matter of time until the dollar suffers another setback to its dominance. With the approaching debt limit showdown providing gasoline, the dollar’s worth will be associated with its own demise if it falls from its present highs. 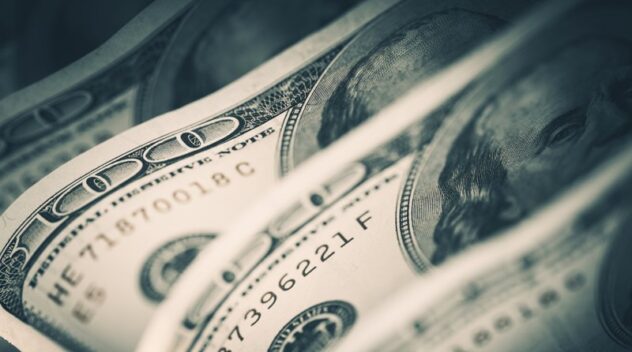 A major challenge to the dollar’s dominance is warranted, given the role, it plays as the world’s “reserve currency”. The dollar’s hegemony, on the other hand, is a fascinating tale of resiliency, and to determine whether that will continue, we must understand the sources of resiliency, if they are still alive, and whether the dollar’s rivals may imitate and exceed those sources.

Take the “Nixon shock” as a case in point. A sudden devaluation and a serious blow to American confidence were part of his statement, but the dollar’s share of world reserves remained much over 80%.

Nevertheless, despite the fact that the U.S. financial system is in a state of crisis, huge deficits are being run, and money is being printed nonstop, the dollar’s position as the world’s reserve currency has only grown. Several variables, both short- and long-term, might keep the US dollar as the world’s dominant currency. As long as there are flexible exchange rates, capital restrictions, and liquid markets, the dollar will continue to perform well.

One of the examples of the mentioned liquid markets is the Forex market, which is the world’s largest financial market. Those people who are involved in FX trading, at first were concerned about the dollar losing dominance, as there are many investors who trade with USD. For this reason, they were searching for the Forex trading strategy that works, in view of USD inflation and its expected depreciation. However, at this rate, for investors, it’s clear that accept USD there is no apparent currency to serve as a general unit of account, payment medium, and stable store of value. The dollar’s proportion of world reserves has risen from 1% of global GDP in 1970 to 9% of global GDP in 2018, keeping pace with its long-term pattern of dominance.

Many people are worried about what would happen if the USD depreciates anymore as a global reserve currency.

As Mark Twain said, tales of the dollar’s imminent doom are much overblown. Short-term cyclical forces are to blame for the recent decline in the value of the dollar. There are both strengths and vulnerabilities in the dollar that might threaten its worldwide dominance in the long term.

The Fed’s stance seems more accommodating than that of most other major central banks since the United States is monetizing ever-increasing budget deficits.

During risk-on periods, the dollar weakens, and vice versa. As a result, amid the panic surrounding Covid-19 in February-March, its value soared, only to plummet in April as investor mood improved. The dollar’s lack of liquidity was reduced, thanks to the Fed’s currency swap lines active with other central banks. This helped to drive its exchange rate higher early in this crisis.

Covid-19 is being contained far better in certain established nations (such as Europe) and some developing markets (such as China and other Asian countries) than it is in the United States, signalling that their economic recoveries may be more robust in these countries. The United States’ public health problems, as well as the resulting economic weaknesses, are adding to the currency’s weakness.

The dollar has increased by over 30% nominal and real (inflation-adjusted) terms since 2011, before the outbreak. There was a dollar depreciation required to restore US trade competitiveness because of the huge US external deficit and because interest rates aren’t high enough to fund it. US protectionism is a statement that the country would rather see the currency weaken in order to regain its international competitiveness.

The prospective yearly US growth rate of roughly 2% is greater than in most other advanced countries, where it is closer to 1%, despite the pandemic difficulties.

The issue arises of what potential threats the dollar may face in the future. An increase in inflation might ultimately debase the dollar, making it less valuable as a reserve currency. This is because the United States is continuing to monetize massive fiscal deficits, which feed big external deficits. This is becoming more likely given the present combination of US economic policy.

Loss of US geopolitical power is also a possibility, which is why the dollar is used by so many nations in the first place. The hegemon’s currency serving as the world’s reserve currency is nothing new. When Spain seized power in the 16th century, the Dutch ruled Europe for a generation. When France ruled Europe for another century, it was America. A “Chinese century,” as many believe it will, may bring an increase in the yuan that makes it less attractive to hold dollars as a global currency.

Trade, financial, and technological restrictions that turn the dollar into a lethal weapon might speed the shift. As long as there is a president in the United States, these policies will continue.

How to select a forex broker

5 celebrities that have really gone wild over cryptocurrencies