What are online casino tournaments?

No competition – no progress, some people say. We are not 100% sure about it, though. What we do know is that competition can shake things up a bit. Let’s take a look at online casino tournaments. 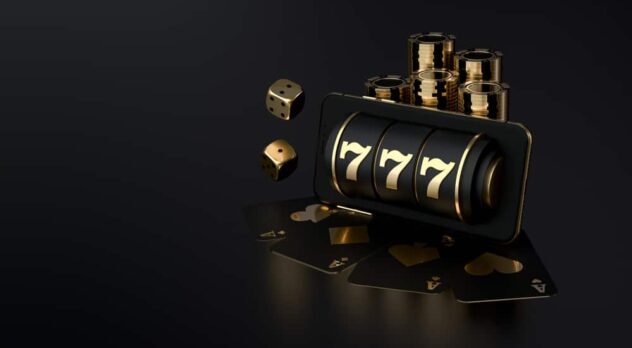 Don’t we all want something to stir the blood, especially with everything going on for the past couple of years? The online world helps us survive all the isolation madness and creates opportunities to join communities sharing a common interest and have some fun together.

When the pandemic hit and made it impossible for poker lovers from different parts of the world to hold their annual tournament World Series of Poker, the gamblers were devastated. The only chance to do it was to go online, but the idea didn’t seem acceptable at that time: the participants couldn’t believe that an online event could come close to their favourite poker fest.

After everything went better than predicted, the winner of the tournament, H.Ensan, admitted, to his own amazement, that participating in an online poker tournament didn’t differ much from the offline event.

What does it matter when you are playing your favourite game with a group of people who enjoy it as much as you and want to see whose luck and skill are the strongest?

If you are a casino fan looking for something to stir the blood, why don’t you join an online tournament and play your favourite game with minimum risks and a promising cash prize?

Online casinos usually have more than one tournament for the players to join. If you go to the tournaments on pokies777 webpage, you will see four events: Catchy Weekend, The White Rabbit Tournament, May competition, or Queen’s Birthday Party.

How do casino tournaments work?

A casino tournament is a competition that lasts for a short time (usually 1-2 weeks) where gamblers have to complete various tasks and collect scores to get themselves on one of the first three lines on a leaderboard, or beat all the opponents. Depending on the game the participants are playing, tournaments may involve one-on-one face-offs (for example, in Blackjack), or there can be general guidelines for everyone to follow, like in slots.

The very first casino tournaments involved mainly pokies (slots), but now more and more games get added to the list.

If you join a slot tournament, you will play pokies trying to beat the others in betting or wagering. The leaderboard challenges will determine how much to play (wager) or how often to do it. As a rule, there will be a list of pokies that the participants have to stick with, which means that you can’t choose any game you like during the competition.

In table games like Poker, Blackjack, Roulette, a player will have to collect the most winning points or even face-off an opponent one-on-one playing live. It all depends on the casino, as they set the Tournament rules. Today you can find a competition dedicated to any casino game on the market: the choice is wild.

Poker tournaments, held originally in Vegas in the early 2000-s, actually started it all. Poker lovers from different countries wanted to take part, but not everyone could fly to the other part of the world just for the event. Today live poker tournaments attract hundreds of players. They can join the Big Game, no matter where they live, and even the famous World Series of Poker has gone online.

One of the reasons online gamblers love casino tournaments is an affordable entrance fee. Some casinos allow players to join for free, but most commonly, they charge $5-$50. The players who have been in the gambling business for quite some time will probably choose to pay a higher registration fee. They know that this is the way to snatch a bigger prize.

Free tournaments often reward participants with casino bonuses and rather modest cash prizes. In some casinos, the sizes of the first three prizes will depend on how much the entrance fees have brought: the more people join, the more they might win. All the entrance fees are collected into one pool and shared among the winners in the end. The third type of online tournament has fixed prizes that don’t depend on the number of players.

If you decide to participate, don’t forget to go through all the terms and conditions the casino wants you to meet. You need to do it not just to know how the tournament is organized: you will also find out how to withdraw the winnings. Will there be any minimum and maximum cash-out limits? Are the winnings going to be casino bonuses that have to be played through?

To join a tournament, players need to sign up with the casino that holds the competition, verify the account and share their personal data and credit card (or e-wallet) details. So, make sure that the platform you’ve chosen is legitimate and trustworthy to avoid any disappointment along the way.

How pros are making millions through online gambling