The loss of connectivity within a business can be damaging in many ways, but a recent survey has shown that it’s the impact it has on employees is the biggest issue when a business’ internet connectivity is slow, unreliable or goes down.

The study by Zen Internet showed that 45% of workers say that the biggest impact of slow and/or unreliable internet connection is frustrated employees and colleagues. 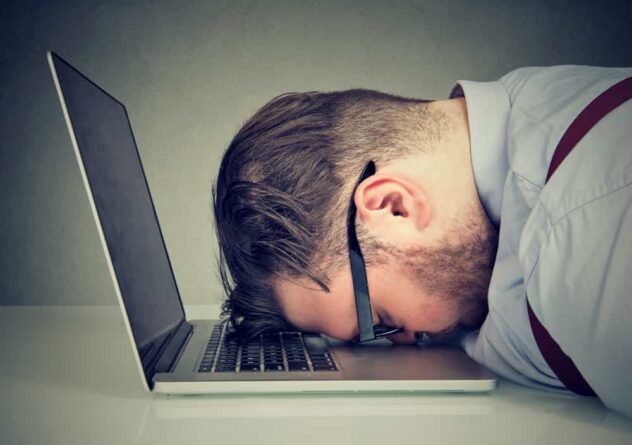 This was followed by loss of business productivity (38%), losing unsaved work (29%), unhappy clients/customers (26%) and missed deadlines (24%) all making up the top five.

So with employee wellbeing at the top of many corporate business strategies, Zen Internet is reminding businesses of the best ways to avoid ‘dropouts’ in a bid to keep employee satisfaction levels high.

“With so much hype around ‘fast full fibre’, which of course is accessible to an increasing number of businesses and can deliver mind-boggling speeds, the benefits of ethernet leased lines to small to medium-sized businesses are getting overlooked”, says Steve Warburton from zen.co.uk.  “But leased lines could be the difference between keeping employee satisfaction high and losing valuable employees due to frustration that slow internet connection is crushing their ability to work proficiently.”

Leased lines – even for small businesses – are more affordable than ever and are priceless to businesses that simply can’t afford outages.

Importantly, unlike with an average broadband connection, service is guaranteed with a leased line. A 99.9% availability SLA (Service Level Agreement) as standard means businesses can be confident that the connection will be there when you need it. And that 99.9% availability guarantee can be boosted even further when taken with additional resilience options.

So when downtime just isn’t an option and when ‘highly unlikely to fail’ isn’t enough, the guarantees provided by leased lines can be very important; and in the main, they’re accompanied by 24-hour dedicated support, which means in the very rare event that there is a problem, you’ll be back up and running again as quickly as possible.

A second major benefit is that a leased line is not shared by other businesses in an office block.

Unlike your average broadband connection, a leased line is all yours, and yours alone. That means you’re not sharing with other businesses in your office block, street or business park. Instead, you’ve got your own dedicated line which means you’ll always get the bandwidth you paid for even at the busiest times. This is sometimes referred to as a 1:1 contention ratio, which simply means that you’re the only user(s) on the line. This is in contrast to standard broadband connections which are often shared between multiple customers.

For most people, especially home users, asymmetrical broadband works perfectly well. After all, most internet consumption is very download oriented. Just look at figures around Netflix streams, game downloads and browsing sessions. For many users, occasional or small file backups are the only uploading they’ll do. But what about when you’re constantly sharing files, regularly backing up large amounts of data or reliant on smooth video calling? When uploads are just as important as downloads it’s great to know you can have the same high performance in both directions.

For businesses – from start-ups to SMEs – that need the cast-iron guarantees of 24/7 internet, then a leased line is definitely worth investigating. By making this simple change to the way a business accesses the internet, communicates and does business with customers, gains in productivity, efficiency, and most importantly, employee satisfaction can be made.  For the ultimate leased line – Fibre Ethernet could well be the best option for your business needs.