VR will shape all our lives in some way or another.

Virtual Reality, or VR for short, is a recently new phenomenon, but what impact has it had on our lives, and how will it shape things in the future? 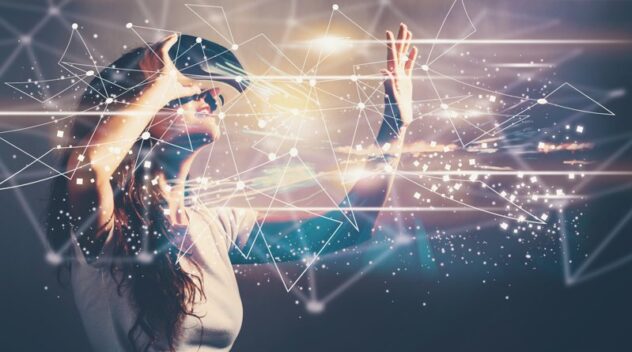 Essentially, VR is in the nascent stages, but as each day passes, it is becoming more and more sophisticated.

It has come to play an increasingly important role in more industries, for example in education and training. Platforms, such as Engage are used by Facebook, HTC and the European Commission to facilitate remote learning.

Here, VR has been used to alleviate pressure on retail staff, as they deal with stressful situations, such as Black Friday sales, while medical students are using VR to perform certain procedures more effectively.

VR has already made some inroads in the social media world. Facebook – which recently changed its name to Meta last month – is supposedly planning to invest $10 billion this year to develop products that support augmented reality (AR) and VR.

Among the things you can expect there are high-tech software applications, as well as VR glasses. Social media has become immersive, allowing strangers to meet up and chat or play in virtual environments.

The workplace itself has also fundamentally changed over the past couple of years, and nowadays you can get a VR version of Zoom, which helps keep employees connected while they are away from the office.

And even in the gaming environment, VR has already had a huge impact. There are some great headset options, which can be used for dedicated PC or Playstation 4 users, and they work great for mortal combat style games.

But perhaps one area in which VR is relatively unheralded or largely ignored is the casino environment. Leading software developers, such as NetEnt and Evolution Gaming have already created a couple of VR slot experiences. It’s not just slots where VR will gain in popularity, but they also work seamlessly with classic table games, and the way live dealers interact with players.

VR in some casinos is relatively untapped, but soon some of the best online casinos, including LeoVegas and Betway will incorporate more VR elements into their games to enhance the casino experience for players.

So, while we know a little about VR, it is set to be a game-changer, and it will have an indelible impact in the years to come.

Before we realise it, VR will become part of the norm in society. Naturally, VR is closely intertwined with gaming and entertainment, and it already has had some effect.

There is a cost element associated with VR, but ultimately, it’s a small price to pay for something that will change your life in a way you didn’t think was possible.

It is an exciting new world, and VR still has some big leaps to take.

However, it will be fascinating to see how things may unfold in the future, as it is conducive with some industries. As we become more tech-savvy, we will have to learn to get to grips with VR. Only then, will we truly understand the full potential of it?

For now, we will just have to embrace VR as it’s here to stay!