Have you heard of pirometers?

Thermometers might be generally good instruments for measuring temperatures, but there are times when they might not be the ideal tool for the job. In some cases, specifically, those dealing with particularly high temperatures, it might be a better idea to use a pirometer instead. Also known as pyrometers, pirometers can be essential in several situations, so we’re going to take a look at what they are and why it’s worth having one. 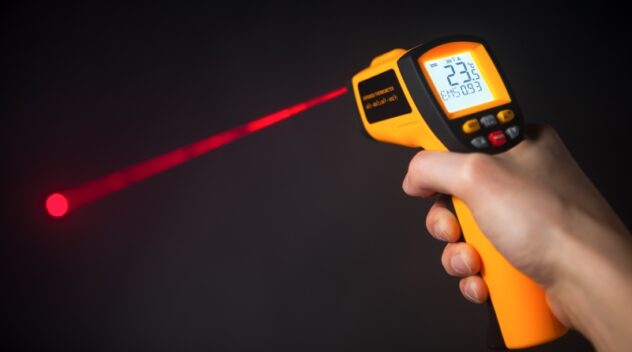 To quickly define the purpose of a pyrometer, these tools are made to measure the temperature of an object from a distance. The sensors on the device detect the heat emitted from an object without having to make contact, which can make it an incredibly useful piece of apparatus in several situations, especially when you consider that they often record temperatures higher than any ordinary thermometer.

Some use optical sensors while others measure radiated energy, but we’ll get more into that a little later on.

Quality pyrometers are generally used by scientists and professionals in certain fields where it’s necessary to measure a particular object that’s too hot for contact. Their capabilities have made them a far more common apparatus in numerous industries and you’ll find many tools that are both accurate and fast, making it easy to get the measurements you need without any hassle.

The three main types of pirometer

Typically speaking, broadband pyrometers are the most common category, particularly among scientists. These register broadband wavelengths of radiation, around 0.3 microns in most cases.

In particular, these devices are made specifically to measure thermal radiation in the visible spectrum, meaning that they make measurements based on the colour of visible light they emit. They often do so by comparing the targeted surface to a calibrated light source.

Also known as infrared pirometers, it might not be hard to guess that these tools instead measure temperature by the heat that an object radiates. Typically, these are made from materials like polyvinylidene fluoride (PVDF) and lithium tantalate (LiTaO3) and similar pyroelectric materials.

Do you need a pyrometer?

There are several instances where a good-quality pyrometer can come in handy. From measuring furnace temperatures and being used in the smelting industry to steam boilers and hot air balloons; there are certainly several applications. In any situation where it’s important to measure the heat of an object, you’ll often find these tools to be the best choice.

Hot days in the office: What employers need to know