What is the war on credit cards?

Since the first modern credit card was issued, believed to be the Diner’s Club card back in 1950, payment with plastic has been a cornerstone of the global economy. In 2019, there were an estimated 22.8 billion credit and debit cards in global circulation – roughly three for each global citizen – while the pandemic encouraged people to favour card payments over cash. 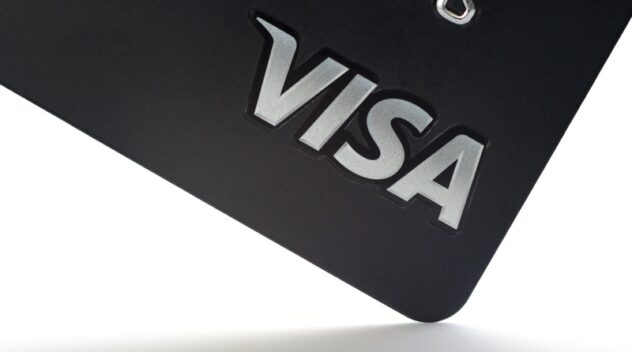 However, certain disadvantages to using credit cards have led to some companies and governments restricting their use. Amazon became the latest major entity to do so recently, removing the Visa card option from its accepted payment methods for UK customers. The change will apply from January 2022 and could affect millions of Amazon customers.

Their reason was the high transaction fees that Visa charges, but it seems to be part of a growing trend against the bits of plastic that sometimes come with added costs.

The pandemic might have caused people to prefer the sanitary option of cards over cash, but it also brought other changes in behaviour. Online gambling rose dramatically as people spent long periods of time at home, often alone, and looked for different ways to entertain themselves.

Governments with well-regulated gambling markets decided to act after reports suggested problem gambling issues increased as a result. In April 2020, the UK banned the use of credit cards on betting sites, amid fears that gamblers would fall into debt. The UK’s regulatory body, the Gambling Commission (GC) said it would provide extra protection for vulnerable gamblers.

Other countries have been inspired to follow suit. Germany now bans the use of Mastercard and Visa credit cards in online casinos, while Spain announced an intention to do the same as part of a raft of new gambling restrictions.

It’s a trend that may continue, with problem gambling awareness now a part of many governments’ policies, especially in countries with well-regulated gambling industries.

Amazon and other major companies

While governments are concerned by the social problem of betting addiction, companies are motivated by other credit card concerns – finance. Amazon decided to drop payments from Visa cards in the UK because of the high ‘interchange fees’ there – the levies that Visa charges to a seller’s bank for each transaction.

Before Brexit, European law capped these fees at 0.3%. However, since the UK left the EU, Visa has increased that to 1.5%, hurting companies selling on Amazon. Visa also hiked up the same fee on e-commerce sites, so it didn’t just target Amazon.

Amazon took decisive action, but the curious thing is that Mastercard raised its fees to 1.5%, too, yet hasn’t been blocked. It could be a strategic move by Amazon: they have targeted Visa in Singapore and Asia by adding a 0.5% surcharge on all their transactions earlier this year. It might be that they have decided to target one company instead of a whole industry.

Either way, a war of words has since erupted between the two commercial giants. Amazon-branded the costs ‘an obstacle’ for businesses in providing the best prices for customers, while Visa responded by saying Amazon was ‘threatening consumer choice’.

It’s a bold move for Amazon to take on a major provider like Visa, but then it is now the biggest online retailer in the world. Whether less powerful companies will take on Visa over their fees is doubtful, but it’s a warning shot to credit card companies who decide to hike up their costs.

How will it affect credit card use in the long term?

Credit cards are a central part of most payment providers’ product range. Upon Amazon announcing the UK ban, Visa’s share price dropped by 4.7% on the New York Stock Exchange, and Visa’s evident anger at the move shows how important the cards are to them.

However, credit card use is unlikely to be affected too much in the future. Visa will probably negotiate an agreement with Amazon before the retailer takes action in other countries as the fees they earn are an important part of their operations. Also, other major providers like Amex and Mastercard remain unaffected by the changes.

Government action in gambling, too, is unlikely to impact general card use: they are used in a wide range of industries and can help to build a positive credit score if used sensibly by cardholders.

So, if you, like some people, would like to see the end of the flexible bits of plastic, then you might be disappointed. Credit cards look like they’re here to stay, with or without the support of Amazon.

What does open banking mean for a customer?

How should you fund a new business