If you have been around in the crypto space for a while now, you probably must have seen various posts on the internet mentioning “Altcoin season.” Not every crypto investor and enthusiast understand what this means. 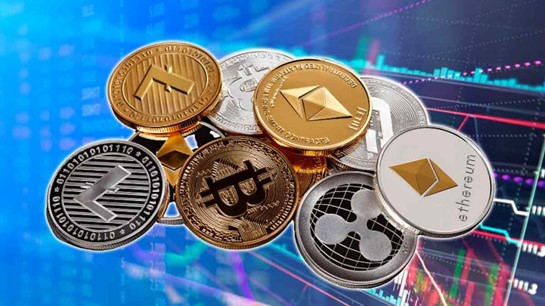 An altcoin season is a crypto phenomenon used to describe a season when the price of most cryptocurrencies goes up with the exception of Bitcoin. This season may mean many things to different people. It could mean a time to rejoice for some crypto bag holders as it signifies the time to make huge gains from their altcoins. But that is not always the case for the bitcoin maximalist; it’s usually not a good time for them.

At the same time, it could also be a good time for some people in between, looking to add some to their portfolio. However, to make the most out of an altcoin season, you need to know what it is and how to recognize when the time is on us.

So, are we presently in an altcoin season? Let’s take a look at some surefire ways to tell. But before that, let’s refresh our memories on what altcoins are and what the season is really all about.

The word “Altcoin” stands for “alternative coin.” It is used to describe any other cryptocurrency other than Bitcoin. The most popular altcoin is Etherum. It has a market cap that is almost half of that of Bitcoin. Some more popular altcoins include Litecoin, Tether (USDT), Cardano, XRP, and Chainlink. There are lots of altcoins out there, so it doesn’t matter what you are trying to achieve or imagine, there is always an altcoin that caters to your needs.

What Is An Altcoin Season

Altcoin season is used to describe a season when some altcoins in the market experienced a huge spike in their prices due to the fall of Bitcoin’s price. During the season, Bitcoin tends to lose its dominance in the crypto space as altcoins gain ground on it in terms of market capitalization. That means as Bitcoin’s market capitalization is decreasing, that of altcoins are increasing.

According to experts, we are said to be in an altcoin season when 75% of the top 50 altcoins are doing better than Bitcoin in terms of the market cap during the last three months. Also, there is an Altcoin Season Index created by Blockchain Center to help determine if we are presently in an altcoin season. And based on that index, we are currently not in an altcoin season because we are still below 75%.

But it’s always good to know how to spot when the next  season will happen, so you can know how to make the most out of it.

When Was the Last Altcoin Season?

The most memorable altcoin season happened in 2017, and that was also the first of its kind. At that time, many new coins came into the market because of Ethereum’s smart contract functionality. Many investors dabble their way into the altcoin to make some fortunes as the price of Bitcoin went out of the roof. And that was what lead to the 2017 season.

But that was not the last altcoin season we’ve seen. There was also another in the early months of 2018 when Bitcoin’s dominance slumped to 37.84% – according to coinmarketcap. Also in 2020, there was a moment some altcoins like Ethereum, Chainlink, and some others increased rapidly. So, when next is the new altcoin season? Or are we already in one? Let’s look at some surefire fire indicators to identify an altcoin season.

There are various indicators to look out for to know if another altcoin season is close. So if you have been looking forward to the next season to make the most of it and make a fortune from it, you would want to bear these surefire indicators at heart.

#1: When the Altcoin Season Index is up

There is this unique tool created by the Blockchain Center called the Altcoin Season Index. It is designed to help figure out when the next altcoin season is likely to happen by measuring market sentiment to know what Bitcoin dominance looks likes. When the Index is up, showing that 75% of the top 50 altcoins outperformed Bitcoin in the last 90 days, it might be the time to get your bad ready for an altcoin season.

#2: When Bitcoin loses its dominance in the market

When Bitcoin is holding steady or increasing, altcoin prices usually stay low. But when Bitcoin starts to lose price and its dominance begins to wane, it’s time to watch out for an incoming altcoin season.

#3: When there is Bitcoin Bull Run

A bull run is used to refer to the time when crypto investors are optimistic about the future expectations of cryptocurrencies. Because of that, more extra money is pumped into the crypto market as more people tend to position themselves to make a fortune out of the market. And this leads to a bull run.

When investors make a lot of profit from Bitcoin Bull Run, they tend to divert their attention and reinvest their profits into other smaller altcoins. Because of that, there is a shift in Bitcoin dominance and a new altcoin season might set in.

#4: When new trends are entering the market

This is another indicator to look out for. The emergence of a trend that brings new altcoins to the market could threaten the dominance of Bitcoin. For instance, 2020 saw a massive hype in DeFi, and in 2021, it was NFT.

Both DeFi and NFT enjoyed massive attention from the media in the last year and hence helped increase the value of some altcoins like Ethereum and Binance Coin. This threatened the dominance of Bitcoin and cause it to lose ground in terms of market capitalization.

Although we may currently not be in an altcoin season, it’s best to be ready before it finally sets in. And now that you know what to look out for as an indicator, you are sure to make a huge fortune from the next season when it eventually comes upon us.

How to keep your Bitcoin safe and secure