Vaping has become ever more popular in the modern world. Here’s a look back at why.

As vaping increases in popularity, we thought it was time to look at why it has people so enamoured. We will walk you through the history of this modern trend and sort out some of the facts from the myths. There’s a lot of misinformation about vaping out there, so let’s set some of it to rights. 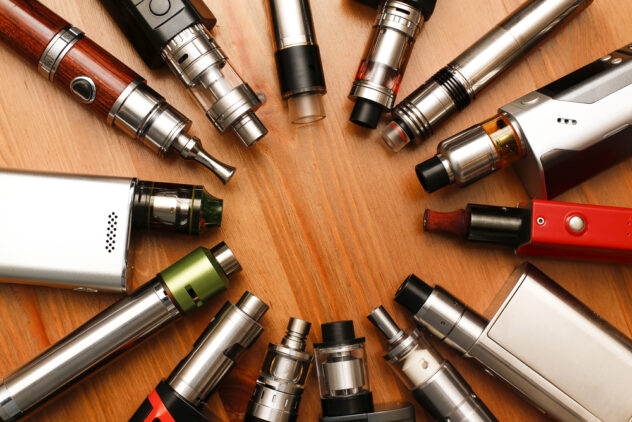 Here is the history of vaping, accompanied by some hard facts that correct those myths.

The History of Vaping

Electric cigarettes are a recent invention in the world of nicotine products. Electronic cigarettes are battery-powered devices that vaporize a liquid solution to deliver a dose of inhaled nicotine to the user. The invention has its roots in a 1930 invention by a man named Joseph Robinson.

Robinson created a patent for a Mechanical Butane Ignition Vaporiser, or a MBIV. He never actually went ahead with his invention, for whatever reason, and vaping fell into obscurity until the mid-60s.

In the 1960s a man named Herbert A Gilbert created a vaping device not too dissimilar from the ones we know now. He either didn’t recognise the potential for profit or couldn’t get the backing to mass produce it. For whatever reason, this attempt to introduce vaping as a choice over cigarettes never took off.

The concept of a marketable vaping solution failed again in the late 70s, at the hands of a man named Phil Ray. His method introduced the concept of nicotine evaporation to the existing schematics. Until this point, nobody had thought about a vaporiser containing nicotine.

By the 90s there were several patents filed and dispersed with. Some even made it to prototype and selling stages. One invention was by a man named Reynolds, whose device heated but did not burn.

A major tobacco company even petitioned the FDA in the mid-90s to bring an early e-cigarette to the market. The FDA disapproved the request because they saw it as a drug delivery device. Circumstances were murky around this. The conspiracy theorists speculate that the tobacco companies kept making vapes go away.

It wasn’t until a Chinese chemist named Hon Lik developed a vaping device that we finally had a marketable model. He invented it to quit smoking after his own father died from lung cancer. He worked for a company called Golden Dragon Holdings, and they invented the first e-cigarette. They made it to Europe a few years later, in 2006.

Myths and Facts about Vaping

The modern e-cigarette is not that different from Hon Lik’s invention. It allows the user to inhale vapours of different flavours, in a comparable way to smoking. Tanks have increased in size and devices have increased in power, but modern vaping devices all have the same or similar parts.

Unfortunately, there are a lot of myths surrounding vaping which we would love to clear up. Here are some of the most common myths regarding vaping, and the facts that set them straight.

We call it Popcorn lung because it was first reported happening to factory workers who made popcorn. The reason popcorn lung happens, is because of a certain chemical that they were producing in their factory. The chemical is diacetyl, and it is banned in the production of vape juices specifically to protect against this disease. The disease itself is bronchiolitis obliterans.

Lots of people think that nicotine is inherently bad, and this isn’t quite true. Nicotine is inherently addictive, but that’s not the same thing. According to the government’s own review, nicotine causes only a minimal risk to public health. It is the other ingredients in cigarettes that cause cancer. There are at least 69 cancer-causing chemicals in cigarettes, but the two you must watch out for are the tar and the arsenic.

Vaping Myth 3: E-cigarettes are just as bad for you as smoking

Where to start with this myth? The NHS are currently staging trials wherein they administer vaping devices and e-liquids to patients who want to quit smoking. They are doing this after research revealed that vaping was up to 95% less harmful than smoking. That same research found that vaping devices. If it’s good enough for the National Health Service, it should be good enough for the public.

Vaping Myth 4: E-Cigarettes are unsafe and may explode

E-cigarettes go through rigorous safety checks before they reach our shelves. By the time the product is in your hands, it has been tested repeatedly for safety and quality. There will be no risk of explosion with your device. You should not use a faulty device. All products also must notify the MHRA for reviewal, too.

Vaping Myth 5: Vaping harms those around you

This myth dates to the days when we were all smokers. When a smoker exhales, they breathe those harmful fumes into the air around them. This causes harm to bystanders. Some people even suffered from cancer because of passive smoking. Vape juices don’t contain multiple chemicals. Manufacturers make them from glycerine or glycol, nicotine, and flavours. Without all those cancer causing chemicals, you don’t have the same danger to those breathing in the second hand fumes.

Still interested? You can check more of these vaping facts here.

When you get down to the bare bones, an electronic cigarette is safer than a real one. It is an electronic device, yes, but it contains far less lethal chemicals. Products are tested for safety before they ever reach the shelves and even the UK government themselves are advocating their use. The NHS is also encouraging us to use them instead of smoking.

How to choose liquids for your e-cigarette?