The world turned upside down in the March of 2020.

Phrases such as ‘the new normal’ crept into public consciousness, and working from home became normalised in a way unseen previously. Businesses were trying to remain competitive in a totally new landscape, and diversification was the order of the day. 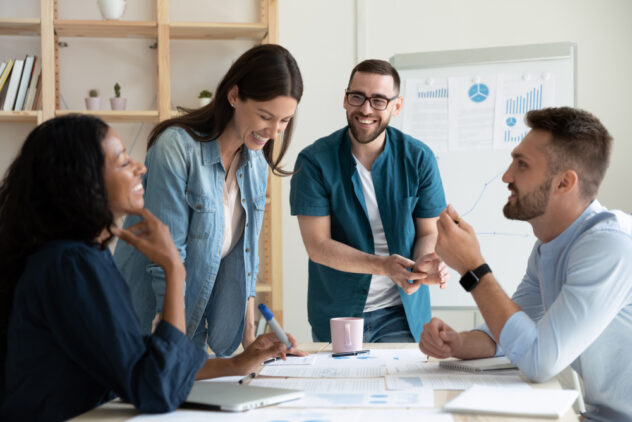 As a result, we saw gyms moving their classes from the wood and mirrored studios of the commercial gymnasium to the comfort of home, and boutique family-run restaurants partnering with Uber Eats and similar delivery networks to bring their most popular dishes to household dining rooms.

The key to all of this is software, but the challenge is the shortage of talented engineers in the seller’s markets of Western Europe, Australia, and North America — where the elite engineers head to the tech giants and smaller players face skills gaps.

However, one way to overcome this obstacle and increase the capacity and capability of your existing setup is offshore software development. In this article we’re going to explore the dedicated team model and how it differs from traditional outsourcing, including the rich benefits it can provide for an organisation.

Who should use a dedicated team model?

When you partner up with an outsourcing company, sometimes known as a software house, you’re essentially working on a project-by-project basis. For example, you might have a heavy pipeline for the coming year but lack the development capacity to deliver products and services on time.

As a remedy, by outsourcing your coding to an outsourcing vendor you get some extra engineers for the duration required. This is fantastic for flexibility, but it can bring risks such as hidden costs, a lack of ownership, and work that isn’t at the quality your customers expect.

With outsourcing, the developers you hire are often there on a project-based basis. As such, they’re not necessarily invested in your mission and vision as a business, since they’re working for several at the same time.

With the dedicated development team model, this is one of the offshore misconceptions that is easily dispelled. Your engineers work only for your business, and are full-time, genuine colleagues as opposed to external support.

Advantages of going for the dedicated development team model?

Building an engineering team locally means paying a premium. Not just salaries but recruitment fees, office space, and employee benefits too. When it all adds up, the numbers can be staggeringly high.

By building the same team offshore using the dedicated team model, you can reduce your overall operational costs by at around 40-50% by most estimates. And that’s because the cost of living in countries like India is significantly lower than in the United States, for example.

This not only correlates with salaries but also all the extra costs of running a business — of course including premises costs that can be very high.

While all offshore team builders have different ideas about what’s best — they all have a model of doing things. The best providers will deliver recruitment services to build your initial team and then scale up on demand.

On top of that, they will manage your administrative side of things and day-to-day operations — while you retain control over the work and output: managing your developers’ tasks, sprints, and so on. Ultimately, the biggest and most significant advantage  is that you gain unlimited access to top tech talent — highly skilled engineers who will meet or even exceed your requirements.

The dedicated development team model doesn’t have any specific drawbacks, except that for some — a project-by-project style of offshore software development is what they’re looking for. Perhaps for a temporary increase in their pipeline, or to build an app they don’t intend to offer for an extended period of time.

And, because a dedicated team is a long-term augmentation of your setup, they’re full-time staff that you can’t scale down at will without taking into consideration long-term contracts, redundancy packages and so on.

You also have to play a role in recruitment, while not the same as you would hiring locally, it’s still a chunk of time that might be spent better elsewhere in that given moment. While a top-quality dedicated team builder will source candidates, administer technical and personality assessments, the final stage interviews will be with you.

Whereas with software houses and outsourcing, none of this is a factor. But, again we come back to the purpose. Short-term focus for a singular project vs long term value adding extension of your existing team.

For project work that is expected to exist for a limited period of time, then outsourcing to a software house is a good option.

For long-term, value-adding extensions of your existing engineering setup, then you can’t go far wrong with leveraging the dedicated team model of offshore software development.

In the fiercely competitive markets in North America and Europe — where the best engineers are often hoovered up by the very largest and most prestigious organisations, it’s a logical, cost effective, and innovative solution to the very real tech talent shortage.

Start me up – Doron Cohen of CEO of Covercy

5 effective ways to reduce energy costs for your small business