Applying for a new job role can be a stressful and anxiety-filled time, even for the most confident professional.

The more you have to ride on the outcome of a job application and subsequent interview, the more it can keep you awake at night worrying. Once you get to the interview stage, it’s time to start thinking about what you really want from this role. Of course, the chances are you’re switching roles due to not enjoying your current job, or you have a desire to progress to something better. There are many things to consider when searching for a new job, and sometimes that can mean negotiating your salary and overall package to ensure you get the best deal possible. 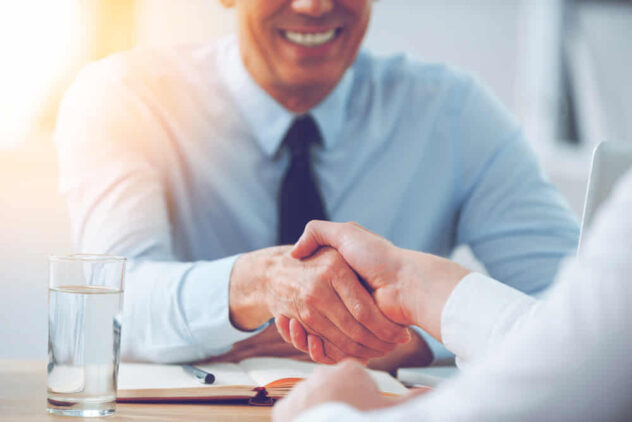 Once you’re ready to begin negotiating for your role, you’ll want to ensure you’re as clear and precise as possible about what you want. It’s likely that whatever you put forward will be countered in some way, as is the nature of a negotiation like this. At the end of the day, a business will always try to save as much of its budget as possible, and you need to be prepared for this. Clarity as to what you expect from this role is a pivotal part in this, as if they detect that you’re unsure as to what you could gain from these negotiations, they’ll be in a much better position to offer you a worse deal.

Strive to be likeable

Never underestimate the power of being a charismatic individual during your interview and negotiation stage. While some people are natural when it comes to being likeable and endearing to others, it’s not too difficult to throw in a few compliments about the business or the location itself, for example. Try to engage them with polite, pleasant conversations where possible but don’t force it. If you try too hard with a conversation, it could sour the experience for everyone and make things awkward. Make sure to smile and be open about how you’re feeling. While it will be detrimental to portray yourself as a quivering wreck of nerves, it’s okay to talk about feeling a bit nervous and try to connect with your interviewer’s human side. They’ve been where you are before, after all, and empathy is a powerful tool.

Many people go into interviews today with the idea that it’s best to just go for it without worrying about doing any research beforehand. However, while there is something to be said about overpreparing, it’s so important that you have a good understanding of certain things before stepping foot into your interview. Read up on the business you’re interviewing for and try to throw a few subtle references into your answers about the business itself, if relevant. This will show that you care enough to read up on their business and will instantly put you in better stead. As well as this, understand things like the average salary of the role you’re applying for using insights from Check-a-Salary, which can show you a great amount of information about any role within your industry, even by geographic location and age too.

Know when to avoid negotiating

It’s great to negotiate your salary, especially if you understand exactly what you and your time are worth, but you’ll want to ensure you don’t decide to negotiate every single thing during this stage. It can get frustrating when you prolong these proceedings just to showcase your ability to negotiate, and this could backfire in the end. If you annoy the other party, they may decide it’s not worth continuing and remove the offer entirely. Know what you want to get from this new role before entering these talks, and try to negotiate your way to what you want as best as you can without being obstructive. However, if they’re just not budging on an offer, it may be due to having a cap on what they’re permitted to put forward to candidates, and then you’ll have to decide if it’s worth it or not. Don’t forget that just because you can’t come to a decision now doesn’t mean they won’t revise that offer later. If you reject an offer, show that you’re still interested if they decide to offer you a better deal.

While salary is really important, a new job is all about the entire package. This could include the extras and benefits that you’d get from your new role, such as a company car and fuel reimbursement, for example. It can also mean the way that individuals are treated within the business. Find out about their company culture before accepting an offer, as working for a business that cares very little about their employees could lead to you having a miserable time within the company. Check out reviews online but take them with a pinch of salt. Reviews can be manipulated, but it’s often easy to weed out those that have an agenda. Ultimately, you might find that choosing a role with a positive, friendly atmosphere with a younger business and a slightly lower-than-average salary is more desirable than one that pays well above the average but requires employees to work in a seriously negative environment.

6 effective ways of improving your CV