While there may be plenty of reasons why you’re wanting to do an office relocation, it’s important to not just prepare at your soon-to-be old office, but you’re also going to have to get things prepared in your new office as well. 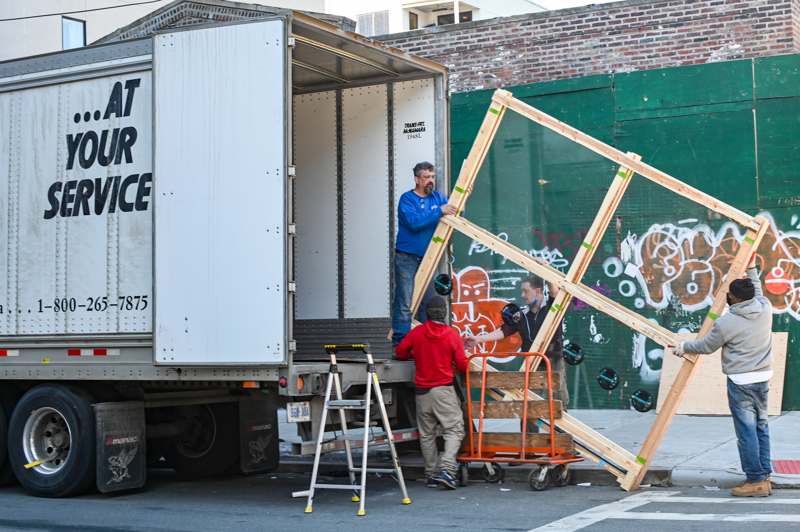 In general, moving into a new office can be difficult, it can be a headache, and it can be incredibly stressful trying to manage a business while changing locations at the same time.

But in the end, you know it’s for a good cause such as a growing company, saving on rent, and overall just having a much better location for the business. So these are some helpful tips you’re going to need when you’re moving in and settling down into your new office.

Relocating takes a lot of time and preparation, even if you plan to move everything out within one week, it’s still going to take a lot of work and a lot of time. So you’re going to have to plan all of this very early. When it comes to moving, you, unfortunately, can’t just “wing it”, as there needs to be a full blown strategy.

It’s better to create a written plan and even get a blueprint of your current office that you’re moving out of and a blueprint of the new office. This is going to help you formulate what goes where. But it’s best to try to get these blueprints months in advance to help you out in figuring out what exactly needs to be done. When planning everything early, you’re also going to want to get a budget created as well. This budget will go towards the petrol to move everything, movers, down payments, deposits, and everything else that may be needed for this.

Get a moving manager

While there are third party services that you can hire for moving management, you don’t always have to get one of these. You can alternatively look into someone to hire that’s already on your team and ask them if they would want to be the moving manager. So what does the moving manager do? They’re going to be the ones to facilitate and follow up on the steps to make sure that good progress is happening. Usually, a secretary or some sort of administrative assistant will be the best option for this.

Get everyone on the team involved

As stated earlier, it’s always best to plan out the moving strategy far ahead of time. This is going to give everyone in your team the chance to prepare. But it may also help to give them responsibilities as well. This is going to help the transition into the new office be far more seamless. So start by assigning everyone the task of packing up for their own desk. It’s best that all the desks are emptied out to make sure to remind them. It’s also important to remind your team as you don’t want to deal with one rummaging through their belongings trying to empty the desk last minute.

Look into how some items should be moved

There is a very high chance you already know about needing to do extensive research on a moving company, but it’s best to know that it’s going to go a lot further than that. Depending on where you are, and how much you’re spending on a moving company, there is a very high chance that they may not wrap up the items. This means that you and your team will most likely have to do all the packing. This can include needing to buy boxes, bubble wrap, foam, plastic wrap, and anything else needed to protect the equipment. Talk to your moving company to see what all they offer in their packages.

Put into consideration that you may be packing too much stuff

Just like when you’re moving into a new home, you’re most likely going to be taking a look at the equipment to decide whether or not some items should stay or go, right? It’s the same for businesses that are moving. Some businesses will opt into new furniture when moving to a new office as a small nudge to rebrand themselves.

Others will come across the obstacle of finding out that not everything can fit into the new office. You have several options, you can sell your old office furniture, donate it, or look into container storage to keep it safe until the office furniture is needed again.

Figure out the IT situation ASAP

If your IT department is at a standstill then all other departments are going to be at a standstill as well. Before moving in, make sure that there is proper internet connectivity at your new office. As soon as you know the date of moving in, make sure to immediately jump start on getting a connection there. While you’re doing that, it’s best to look into making a plan for the IT department.

They’re going to have to be one of the very first departments that can move in as the computers, servers, and phones need to be laid out. It’s all a big job and it can simply be outsourced to workers either. So make sure you have a strategy that can work when it comes to the IT department during the move into the new office.

Try and figure out what the building rules are

Regardless of whether you bought or rented your office space, it doesn’t necessarily take away from the fact that there will still be rules that are put into place. So look into what some of these rules might be. One rule you’re going to want to look into is whether or not you’re allowed to move during business hours. But this isn’t just for the new office building either, this could go for your current one that you’re moving out of. Just look into both buildings to see if moving during business hours is something that’s allowed. As this is going to dictate the logistics for the big moving day.