Wondering if International Coffee Day will ever be the same again with the coffee stocks skyrocketing?

Our thoughts are with you! This day was introduced to raise awareness of the product and how low prices paid for coffee beans could hardly cover the farmers’ costs. Well, the scenario has changed drastically over the past year. 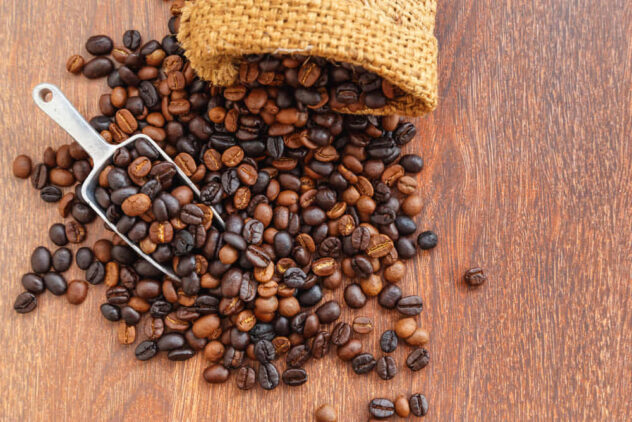 The standard price of Arabica coffee bean stocks on the New York International Commodity Exchange has shown a surge from $1.07 per pound to around $1.95.  It is expected to reach $2.08 in July. Let’s look at the back story of this soaring inflation.

According to Trading Economics, most coffee delivery contracts are standardized against the C price, with the outcome that rates for green Arabica (unroasted beans) have increased by 80 percent within one year. For Robusta coffee, the relatively cheaper option also rose by 30 percent. It is likely for the price to continue to increase in the following months. We will probably experience a significant rectification in prices, moving the market upwards in the future.

Why did coffee become expensive?

The main reason for prices shooting up is a series of environmental factors in Brazil. Brazil is known to account for 35 percent of the global harvest, making them the world’s leading coffee provider.

Rapid price changes never made it to the headlines up until now, although irregular production was always a challenge. This is due to the mitigation of risks through stock management and hedging prices using the coffee futures market.

Nonetheless, yields in 2021 lowered dramatically, due to a combination of severe climate changes in Brazil. It was a year of drought, impacting the production of coffee beans immensely. Followed by the drought, Brazil also faced intense frosts that led to an irreparable loss that damaged the trees and the fruits. Brazilian authorities confirmed the production of Arabica harvest to be lowest in the last 12 years.

In other words, as an aftermath of the severe rainfall in Brazil, the coffee crops were damaged by the cold weather.

Now, the hot topic is what impacts will this have on future production. A coffee tree may take up to five years to reach maturity. This means that it should take a few seasons before the damage is diminished. There have been sources who reported that the frost did the maximum damage on the lands, hitting two-thirds of trees. This indicated a price increase of $3.00 or even $4.00.

The overall price of coffee in the global market increased by 20 percent in 2021. As discussed earlier, it is an indication to have a positive impact on beverage companies. It has attracted many investors to place their bet on coffee stocks from this space, as the idea is to gain from margins without amending the prices. This means that domestic and international coffee producing companies are going to witness strong demand from investors all over the world. Stock market forces, in particular, experienced visible traction recently as estimated due to which the market has become highly aggressive.

We all know this name in the beverage world. If you are up for a safe bet, Starbucks is your shot. They are dominating the global industry with their continuous brand development. Starbucks claims to be the third most common place to be visited daily, in between work and home. They are the world’s largest coffee chain with over 30,000 retail store locations around the world. Starbucks’ market capitalization has been listed at $135.7 billion at NASDAQ. Starbucks has been a monster stock throughout its history, and it should continue to outperform the market going forward.

Keurig Dr. Pepper (KDP) was formed as the result of a 2018 merger between Keurig Green Mountain and Dr. Pepper Snapple. Their coffee products contributed to $4.4 billion in revenue in 2020. They generate most of their products from high-margin K-Cup pods. Their sales only showed a growth of 5 percent in 2021, with an estimation of maturity in this category. However, their market cap at NASDAQ is valued at $49.6 billion.

Nestle is one of the world’s biggest food companies with over 2000 different categories of brands including coffee, tea, soups, condiments, etc. Coffee has been their major selling point with brands like Nescafe, Nespresso, and Coffee-Mate. This particular segment of products made $224.3 billion in revenue out of $92.2 billion in 2020. Nestle’s global market capitalization has been listed at $348.6 billion at Nasdaq.

J.M. Smucker is known for packaged coffee that makes a significant share of  the entire business. The main coffee brands are Folgers, Cafe Bustelo, and Dunkin’—all licensed from Dunkin’ brands. The US retail coffee market made up 30 percent of Smucker’s sales as of 2021 (fiscal year). There was visible growth in 2021 with an increase in revenue by 10 percent sourced from at-home coffee consumption. J.M. Smucker’s most profitable segment has been packaged coffee both by margin and volume. According to NASDAQ, their market cap is currently at $13.8 billion for single-cup brewing machines and pods.

Coffee companies have a high-margin business model. It’s also an all-year-round product that’s likely to grow as people all around the world are now exploring other beverage options.

Having said that, coffee is a competitive industry, it offers great opportunities in both consumer discretionary (non-essential goods by desirable) and consumer staples stocks. Various types of investors can reach out depending on the stocks—growth stocks or dividend stocks. With the rising prices on coffee stocks, globally, not just limited to these four stocks above, there might be a lot of pure-play opportunities.

The cycle of Coffee production

Coffee prices have always been volatile. There were times in the past when supply exceeded market demand, driving down the prices until unfortunate environmental or political events appeared. In the 1930s, there was an oversupply in harvests and very limited consumer demand in the depression era that resulted in a supply surplus. To control the excess supply, Brazil took the initiative to dump coffee at sea or make it into locomotive fuel.

However, in 1975, many coffee trees were taken down, when Brazil met with a series of “black” frosts. This impacted a 60 percent reduction in harvest, which made prices shoot up between 1975 and 1977.

There was a coffee crisis in 1989 that remained until the end of the century, where the C price was under $1.00 for four years. This was way too low for farmers to bear their expenses, which led to many producers going hungry. The price soon increased when a coffee leaf rust infected Colombian and Central American production. The sad truth for the coffee market is that producers only get fair pay when there are unfortunate environmental and political events.

Later on, certain procedures were upgraded to “clean” Robusta to lessen the essence. This led to coffee roasters increasing their proportion within a blend. It was done for particular markets such as instant coffee—markets that are driven by price.

However, mixing more Robusta into coffee blends could be an effective way to control the prices from becoming too expensive for consumers. It might be challenging to do so given the current COVID restrictions, not just in Vietnam but everywhere in the world. The pandemic has disrupted the distribution channels highly—transporting, exporting, and then shipping has become tough for coffee-producing nations.

As a result, brokers are now struggling to secure sufficient coffee stocks so that price rises can be controlled for the businesses to survive. Consumers are also going to take the hit by paying a higher price for their daily coffee. This is also an indication that producers might benefit from the recent price surge, after all. Brazilian farmers who struggle to make ends meet will avail themselves along with the well-capitalized, as well as the medium farm owners of Latin America.

For many years, ICO states have victimized the farmers of global market forces, who make up to 95 percent of coffee farmers. It’s time to put them to the test to see whether they can deliver back to these farmers with the increased coffee prices. If that happens, then International Coffee Day will be celebrated for the win.

Coffee has steadily found its way through to become an established beverage all over the world. Most of the domestic market consumption is being sourced through packaged coffee, export or retail consumption has picked up steam in recent years.

Many investors will advise you to step your foot in this industry due to the recent boom in prices. Owning stocks of coffee are expected to be referred to as a “smart investment” in the coming years. However, before you put your money on any stock, stock market research is a necessity to earn a profit.

For the modern coffee shop owner, minimalism is key to success