A decade has passed since veteran developer Nik Robinson left his role at Openbet alongside colleague Huw McIntosh to create a brand new company that would revolutionise the world of online slots in a way that had never been seen before.

It’s entirely conceivable that famed Australian online slot developers Big Time Gaming have achieved more in the last ten years than most fledgling studios dream of doing in a lifetime. 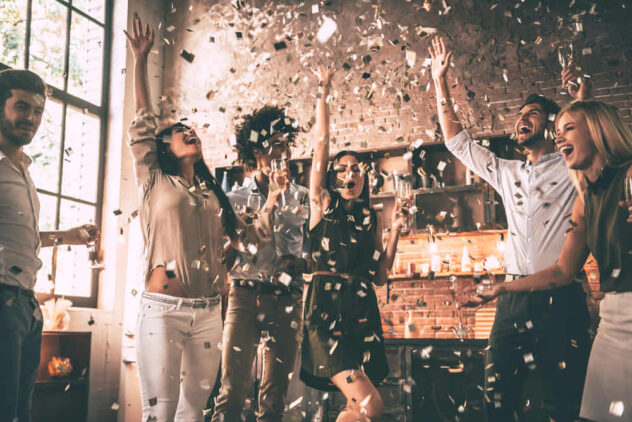 In this relatively short period of time, the talented team at BTG have created a brand synonymous with entertaining online slots, causing studios around the globe to look on enviously as they reap the rewards of their creativity and innovative forward-thinking.

To celebrate the studio’s continued success over the last ten years we’ve taken a look back at their history from day one, and how they’ve gotten to where they are today, one of the world’s biggest and most accomplished online slot developers.

Despite starting out in 2011, success didn’t come instantly for Big Time Gaming, a lot of hard work went into building a team that was capable of achieving great things.

Amongst the very first hires was Ian Schmidt, who was brought in as Creative Director, this talented artist spent many years at Rockstar Games, working on the Grand Theft Auto series.

The company signed a distribution deal with Quickfire a year into operations and began working on creating new online slots that would take the world by storm. Unfortunately, that didn’t really happen at the time… Their first few releases weren’t particularly memorable.

The studio knew that if they were to really take the world of iGaming by storm then they’d need to come up with an original concept that would give players absolutely no choice but to stop what they were doing and force them to try their game instead.

In 2015 the Big Time Gaming released Dragon Born, a slot that featured a brand new mechanic called ‘Reel Modifier technology’. This exciting new technology changes the number of rows that appear on each game reel after every single spin.

This interesting mechanic consequently sees the number of active paylines fluctuate on each spin (typically up to 117,649, but also beyond), allowing for players to create huge winning combinations thanks to the thousands of ‘ways to win’, later to become known as Megaways.

Unfortunately, Dragon Born itself was a pretty poor game, despite playing host to groundbreaking mechanics that hadn’t been seen anywhere else… So in the end, not too many people took much notice of Megaways and it slipped under the radar for a while.

A year later everything changed for Big Time Gaming upon the release of Bonanza Megaways, a charming Wild West-themed slot that instantly won over players thanks to its charming style, exciting gameplay and great mathematical model.

This slot catapulted the Megaways mechanic to the forefront of everyone’s minds and saw players flock to it to experience something they’d never seen before. Despite not being the very first Megaways slot, Bonanza truly felt like it was.

In the five years that followed the release of Bonanza, Big Time Gaming managed to hit their stride. The company licensed out the Megaways mechanic to other online slot developers such as Blueprint Gaming, NetEnt, Pragmatic Play and Red Tiger Gaming, raking them in some serious cash to reinvest into the business.

They then released some incredible slots that continued to capture the imaginations of players such as Danger High Voltage, Gold Megaways, Monopoly Megaways, Who Wants to be a Millionaire Megaways and Lil Devil.

In addition to their own incredible selection of online slot games, there have also been numerous successful Megaways slots from other developers that can be considered some of the most iconic of all time. These include: Gonzo’s Quest Megaways, Rick and Morty Megaways and Rainbow Riches Megaways.

Even if more than half of the Megaways games on the market weren’t actually developed by Big Time Gaming, they still deserve kudos, because without them, Megaways wouldn’t exist!

The biggest moment in Big Time Gaming’s glorious ten-year history came earlier this year when it was announced that iGaming megabrand, Evolution, was acquiring the Australian studio for a grand total of €450 million (£389.0m/$534.5m).

Jens Von Bahr, Chairman of Evolution told reporters that they’d purchased Big Time Gaming so that they could ‘strengthen their strategic position as the leading provider of digital casino games in the world’.

Considering Evolution’s only other major acquisition within the world of online slots was NetEnt, which is one of, if not the greatest online slot developers of all time, then it shows how much stock Evolution (and the rest of the iGaming world) has in Big Time Gaming.

What does the future hold for Big Time Gaming?

Despite several months passing since Big Time Gaming fell under the umbrella of Evolution, we’re not quite sure what to expect from them in the long term…

If we had to bet, we’d take a guess that it’s business as usual, much like it is with NetEnt. They’re still adding exciting new games to their roadmap and developing slots such as Pirate Pays Megaways that’s already proving to be another fan-favourite early on.

Ultimately, what we can say is that the future looks very bright for Big Time Gaming. It’s incredibly unusual for such a young company to rise as quickly as they have in the last few years, but as long as Evolution allows the team space to continue innovating then hopefully we should be celebrating another successful decade for Big Time Gaming in 2031.