Of all the games available in online casinos, there’s one that stands head and shoulders above the rest. In case you hadn’t guessed already, it’s slots. 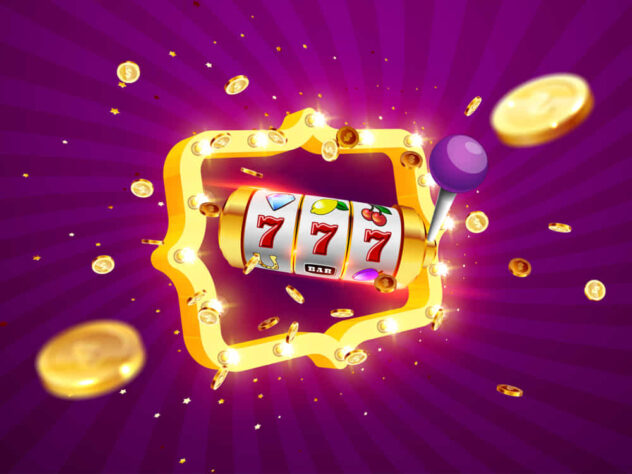 According to official Gambling Commission figures for the period from between April 2020 and March 2021, of the £4 billion worth of revenue generated by online casinos, slots games were responsible for £2.9 billion, or a little over 70% of the total. So, it seems like players in the UK and beyond just can’t get enough of this game.

And, with many, many online casinos out there, players are spoilt for choice when it comes to which games to play. But it also poses a challenge for developers of new games who need to create titles that will get attention in a crowded landscape. Because only through getting noticed will they also get played. For example, developers of the newest slots need to make sure the themes are exciting and engaging to players to stand out from tough competition.

Before a developer can include what needs to go into a successful slot, first it’s vital to understand why they’re so very popular.

Ever since they were first invented in California in the late 19th Century, the games have certainly held a grip on people’s imagination. And, although slots may have changed out of all recognition in the intervening years, certain principles still apply.

The main one is the excitement and anticipation generated by the spinning reels. Until they come to a satisfying stop, there’s no predicting what the result will be. They are also every exciting game to look at. In the pre-online days, alluring flashing lights were what attracted attention. Today, the online versions rely on bright colours and great design to catch the eye.

They’re also games that can convert reasonably small stakes into proportionately bigger wins. Admittedly, most of the wins aren’t that large. But it’s the hope of landing that life-changing jackpot that appeals to some people. The fact that it’s theoretically possible to get this on the very first spin of the reels is the big hook for many.

It’s also impossible to ignore the fact that the many themes available mean that there’s a slot to appeal to almost everyone. For sports fans, they’ll find everything from football to horseracing and movie watchers can play games based on many of their favourite films. Plus, there are lots of other fun ideas like chasing the gold at the end of the rainbow or discovering the treasures of Ancient Egypt.

The Nuts And Bolts Of Designing A New Slots Game

So, with all this knowledge to hand, how do developers go about designing a new slots game? At their heart, all slots have something called a random number generator. This is an algorithm that continually generates random numbers. For slots, each one of these numbers represents a particular configuration of the reels.

Therefore, the first decision that’s often made is which RNG to use. Then it’s a question of coming up with a theme. This can be driven by seeing what kinds of other games are particularly popular at the time or who the target audience is. The casinos themselves might also have an input into what the new slots should include. This is especially true if they’re planning to use them in one of the free spins bonuses that many offer to attract new players. Having a steady supply of new slots is also something that should get them good reviews online.

Once an overall theme has been chosen, it’s time to pad out the detail. Often there’s also a kind of story to be added to the game – in many ways just like a video game.

After these details have been agreed it’s over to the programmers and designers to weave their magic. Throughout the process there is frequent testing and tweaking to the game to make sure that it’s 100% glitch-free. After everything’s been ironed out and all issues addressed, it’s time for the big launch.

The online casino industry is a highly regulated one. So, if the new slots game is also going to feature on a new site then the appropriate licences will need to be obtained depending on where the casino will be based. Often, external law firms will help with the process. This can be very helpful as different jurisdictions have different requirements. So, using a practice with experience can save both time and money.

All slots also have an advertised Return To Player percentage. This is the amount of money paid out in prizes on a particular game and is generally in the region of 90-97%. To ensure fair play, the authority in charge will carry out periodic checks to ensure that the advertised RTP is accurate.

Another aspect of being a trusted slots site is in having a number of safe ways to transfer money between players and casino. So, agreements need to be reached between the casino operators and payment system providers like Visa and Mastercard. Digital wallets are also increasingly popular with PayPay leading the way. A number of casinos are even starting to accept cryptocurrencies as payment methods to broaden player choice even further.

Then, when everything is in place, it’s time to launch the new game. It’s easy to discover fairly quickly if it’s going to be a success – the number of players playing is a sure way to find out. And, if it is, then maybe it’s time for the developers to start planning the sequel.

Deeper insights into how AI is revolutionizing the gaming industry