Connectivity is highly characteristic of the modern world. There is a network of devices that connect the entire world. A variety of technologies are constantly monitoring human beings and most of these are powered by IoT Sim Cards and the use of the same is becoming quite prevalent these days. The prominence of the internet of things (IoT) is increasing and this is not limited to the consumer tech industry but extends to the business industry too. 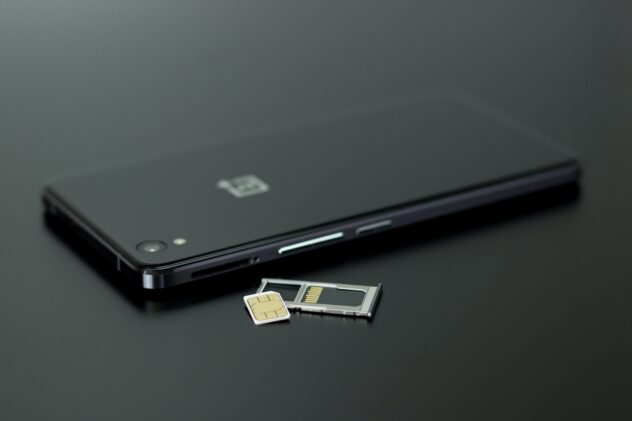 What is Meant by an IoT Sim Card?

IoT is the abbreviation of the internet of things. It enables smart devices to simultaneously connect and the outside world too. An IoT sim card, in simple words, can be stated as a source that enables these devices to interact with one another without the involvement of a human being thereby making everyday objects intelligent devices. These sim cards are specifically designed for smart devices. It fosters convenient communication between smart devices.

The industries where the application of these sim cards are highly common are the industrial, medical, automotive, logistics, and telematics industry. It is characterized by features of security, flexibility, and durability. They establish a connection with the host network and transfer data between a device and other IoT platforms. Because IoT devices have needs that are different from other smart devices such as phones, tablets, and the like, they are required to establish a secure connection at all times and tolerate harsh conditions to reach the goals of an enterprise’s IoT project.

How Does an IoT Sim Card Differ From a Smartphone Sim Card?

The primary function of IoT Sim Cards and traditional SIM cards is to connect the internet-enabled devices to the internet. However, the key difference between these two is their data connectivity. Here are some of the main features that differentiate the two SIM cards.

IoT devices are mostly installed in remote locations where data is delivered in large quantities. This data cannot be removed regularly which is why a IoT Sim Card will have a higher and greater storage capacity than a regular SIM card.

These are the major factors that make IoT Sim Cards different from traditional SIM cards. In addition, a IoT Sim Card also offers private access points and are controlled through a platform allowing the users to use a single location to manage all devices.

What are the Benefits of Using IoT Sim Cards?

Some of the most well-known benefits of IoT Sim Cards are as follows.

IoT can be used for global connectivity as it facilitates global network coverage allowing devices to stay connected. Due to its accessibility to multiple networks, an enterprise can benefit from its global reach. Through this facility, devices can maintain their connection with other devices by reconnecting with an available network.

Cloning cell phones have become an impossibility owing to the development of SIM cards which adds a security layer to the cellular network. During the manufacturing process, the device can be embedded with IoT Sim Cards which increases the difficulty of access to it and avoids its tampering for inappropriate use.

IoT Sim Cards are enterprise-oriented due to which they offer reliability, efficiency, durability, and longevity of hardware. They provide the necessary network required for the automation of several industrial processes. This enables companies to work efficiently using fewer work hours of the employees thereby, allowing them to manage time effectively. This can reduce payroll costs and increase workflow productivity too.

IoT Cards can also come in handy in helping you manage all of your IoT subscriptions under one roof. You can also monitor your M2M communication easily and effectively. The engineer will be alerted automatically in case there’s a malfunction in the system. It also specifies the nature of the problem and its location thereby, saving your time and money.

Unlike a traditional SIM card, IoT Sim Cards have been designed to survive harsh weather conditions such as extreme heat or cold. They can also tolerate the factory equipment’s vibrations. As a result, they are widely used in research laboratories, mine shafts, and under oil rigs as well.

These are the various factors that contribute to the growing significance and use of IoT SIM cards in the modern age.

IoT enables businesses to automate processes. This converts a lot of repetitive manual tasks into automated tasks thereby reducing employee workload and work hours. Since machines offer better accuracy than human beings, there are few or no errors in the completion of the tasks. Using machines with IoT Cards increases the overall workflow productivity of an organization and helps them progress. They can withstand more conditions and situations which increases their durability and reliability. They also provide more security against hackers and potential tampering. Therefore, if you are keen to multifold the productivity of your business, using an IoT Sim Card is recommended.

Ever since SIM cards were developed back in 1991, they have undergone many developments and evolutions. The introduction of the internet of things has increased the connectivity of several devices across the globe. The use of IoT Cards has enabled business enterprises to increase their global reach, reduce operational costs, and increase their security too. System problems are alerted at once and hence, they can be resolved instantly reducing downtime. Thanks to the advancements in technology, IoT has been influencing the industrial world positively.

An Easy And Effective Way To Improve Your App Development Process