The world of cinema and filmmaking has come a long way since its inception over a century ago. What started out as a fledgling industry with humble beginnings has now grown into a global phenomenon, with movies and TV shows being produced in every corner of the world. 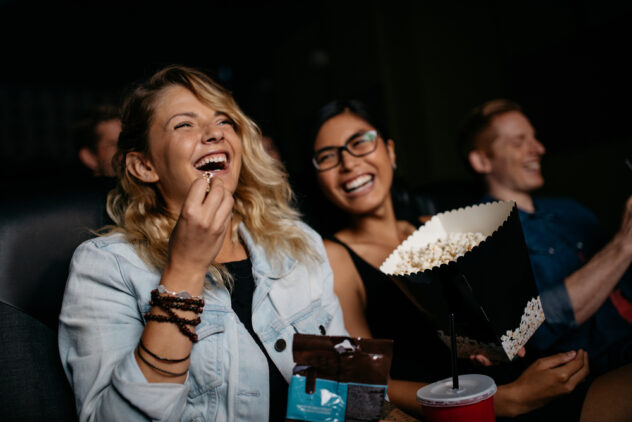 The earliest days of cinema were marked by experimentation and innovation which led to the development of various techniques and technologies that are now taken for granted. As the years went by, cinema evolved from a simple means of entertainment into an art form in its own right.

Filmmakers began to experiment with different styles and genres, and movies began to tackle more complex themes and ideas, paving the way for the development of the metaverse to affect the film industry too.

So, without further ado, let’s take a look at the evolution of cinema and filmmaking, from its humble beginnings to the present day.

The Evolution of Filmmaking and Cinema

The first public screening of a film took place in Paris in December 1895, and the world of cinema was born. In the early years, films were mostly shot on location and were often used to document real-world events.

One of the most important inventions in the early days of cinema was the Thaumatrope, a device that created the illusion of movement by rapidly flipping between two images. This was followed by other devices such as the Zoetrope and the Phenakistoscope, which further helped to develop the medium of film.

As the years went by, filmmakers began to experiment with different genres and styles. One of the earliest examples is Georges Méliès’ A Trip to the Moon (1902), a fantasy film that was ahead of its time.

The silent era of filmmaking and cinema is often considered to be the golden age of the art form. This was a time when movies were truly innovative and experimental, with filmmakers pushing the boundaries of what was possible.

It was estimated that 90 million people attended movies by the end of the 1920s. In large part, this was due to silent films giving rise to these first-generation stars who would be recognized worldwide by their facial features or their character traits (elegance).

One of the most important films from this period is The Birth of a Nation (1915), which used groundbreaking techniques such as close-ups and intercutting.

The silent era came to an end with the advent of sound films in the late 1920s. This new technology brought about a whole new set of possibilities for filmmakers and ushered in a new era of cinema.

The golden age of Hollywood known as Classical Hollywood Cinema is often considered to be the period between 1927 and 1960. This was a time when the American film industry was at its height, producing some of the most iconic films ever made.

During this period, filmmakers began to experiment with different genres and the use of technicolour. Cinemascope, a wide-screen format, was also introduced during this time.  One of the most famous films from this period is Gone with the Wind (1939).

The new Hollywood movement began in the early 1960s and lasted until the late 1970s. This was a time when young filmmakers were given a chance to experiment with different genres and styles.

Famous films from this period include Easy Rider. Bonnie and Clyde, The Graduate, Night of the Living Dead, helped to define the counterculture of the time.

The new Hollywood filmmaking industry used different techniques such as handheld cameras and jump cuts. This was a time when films were more realistic and reflective of the world around them.

The contemporary era of filmmaking began in the early 1980s and is still ongoing. This is a time when digital technology has changed the way movies are made. One of the most famous films from this period is The Lord of the Rings: The Fellowship of the Ring (2001), which used cutting-edge special effects to create a truly immersive experience.

Movies are now more accessible than ever before, with streaming services such as Netflix and Amazon Prime making it easy to watch films from the comfort of your own home. Moreover, the use of the latest technology like 3D, Drones, Metaverse, and more are making it possible to create experiences that were once impossible.

It is clear that cinema and filmmaking have come a long way since their humble beginnings. What started as a simple way to document real-world events has evolved into a truly global art form that is enjoyed by millions of people around the world.

We’re excited to see what the future of cinema holds and how filmmakers will continue to push the boundaries of what is possible. Most likely, the evolution of cinema will continue to surprise and delight us for many years to come.

The underdogs who defied the odds

The importance & evolution of locksmith services