Technology changes are inevitable, and football has embraced these changes to the maximum. Soccer clubs invest in technology to ensure players enjoy sports betting predictions. This technological advancement helps the manager make better decisions in the game based on the data at hand. 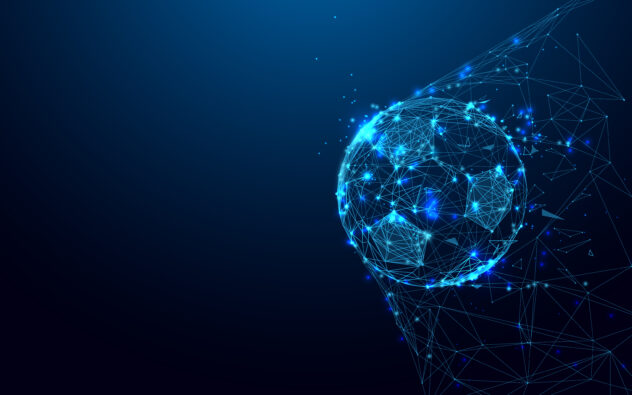 The technology has helped match offices in football games to make the right decision. This advancement has more positives and some negatives.  Let us look into how Technology influences football and how you can benefit from the advancements! Keep reading.

It is one of the best football technological advancements of the 21st century. There were numerous cases where a team had scored a goal, and since the referee was not near to witness, the goal was taken away from the team. The parallax error was another factor where the referee would see the ball had crossed the line when it didn’t.

The video assistant referee is a technological advancement used to make refereeing better and make the right decision in football. FIFA has added the use of VAR as a guideline to its tournaments. The use of the technology ensures minimum interference for maximum benefit in the referee’s decision-making during a game.

The team controlling the VAR is a centralised video operating room. The team consists of a video assistant referee and their assistants who help in the decision-making. The referees watch the match looking for missed incidents by the on-field referee.

The referees communicate with the VAR and can delay the restart of the game to make a missed decision. This is signalled by pointing to their ears and raising their hands. The incident is then reviewed, and the referee can be asked to view the incident on the Tv screen to make the correct decision.

Most football clubs turn to the data collected by various cameras on the pitch to make decisions. Performance analysts watch and analyse the game from the stand. The cameras are fixed on multiple angles to provide the correct data.

The data collected from each player can be used as scouting information and finding players that fit into the football club system. The positions the player scored goals in are used to advise them on how they should move around the six-yard box. The small clubs can acquire undervalued players to get the best performance from the players.

The fans use social media to interact with soccer players. This has made it easy for sports lovers to express their emotions and show love to their favourite players.

Cristiano Ronaldo is the most followed soccer player globally and has a huge impact on more than 400 million followers. The player in social media has a platform to market and share the experience with millions of fans.

As much as social media has many advantages, it has disadvantages that have affected football players. The chanting and throwing of banana peeling was no longer a norm in recent years. The abuse of sports players has developed with technology where the players are abused over their social media platforms.

Soccer is one of the most complex sports with lots of variables that could change the outcome of a match. The technology developed in the game is to make it better and sweat-able for the player’s performance. The soccer world is likely to change even more as technology improves.

Finally,  while technology is changing soccer in many ways, the sport will always be about skill and athleticism. No matter how much technology advances, it will never be able to replace the human touch. Soccer is a beautiful game that can be appreciated by people of all ages and cultures, and it will continue to grow in popularity.

We expect more advanced changes to technology to continue to be made in the sport, and we can’t wait to see how they will improve the game.

The multiple benefits of industrial hemp in the UK