Gender Lens Investing (GLI) is an important and growing field of investing. It seeks to improve gender equality and women’s empowerment through the lens of financial return and Farnoush Farsiar is a big supporter of it. Farsiar is an established investment banker and author which gives her a unique perspective on the importance of Gender Lens Investing. 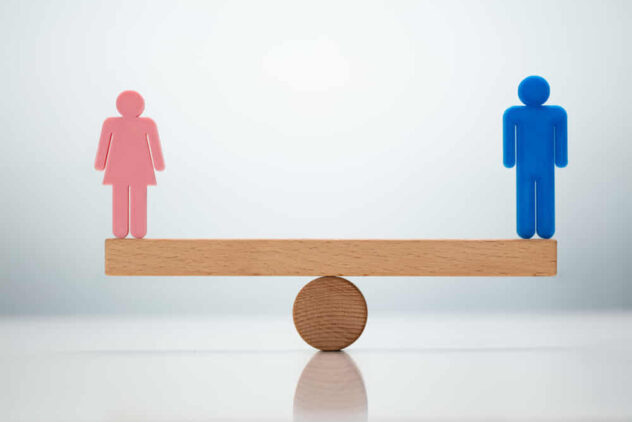 GLI has the potential to create significant social and economic benefits. However, there are also some challenges associated with it. Despite these challenges, GLI is on the rise and shows great potential for the future.

What is Gender Lens Investing?

According to a US SIF study published in 2020, investment with a gender lens was worth 868 billion dollars (2018 figures). That was if one considers any allocation that mentions gender as a criterion.

It aims to achieve this by investing in companies that empower women and promote gender diversity. Gender lens investors believe that companies that treat their employees fairly provide opportunities for advancement. Farsiar believes that when working in a male dominant field such as investments, Gender Lens is key.

Farsiar believes that what make Gender Lens so important is that it also pays attention to work-life balance and are likely to be more profitable and productive. As a result, gender lens investing can help create a more equitable and prosperous world for all. Additionally, gender lens investing can help address some of the most pressing global challenges, like poverty, hunger, and climate change.

Gender lens investing is important because it can help to close the gender investing gap. When women have equal access to capital, they are able to achieve financial independence and security.

In addition, gender lens investing can help to create fairer workplaces and promote gender diversity in leadership positions. Farsiar is adamant that gender equality is good for business, and businesses that embrace gender diversity are more likely to be profitable and innovative.

McKinsey Global Institute believes that the world economy could reap up to $28 trillion in global annual GDP in 2025. That’s if the global gaps between men and women in employment opportunities are eliminated.

Farnoush Farsiar says that more people should be aware of the role that they can play in promoting gender equality. She adds that women’s empowerment can lead to less corruption.

·       A lack of women in leadership positions in the financial sector

The financial sector is still primarily dominated by men. This means that there are few women in positions of power who can make decisions about where to invest capital. As a result, gender lens investing remains a niche area within the financial industry.

·       The difficulty of accessing women-owned businesses

Women-owned businesses are often smaller and less well-known than their male-owned counterparts. This can make it difficult for investors to find and invest in them.

·       The challenges of measuring the impact of gender lens investing

Additionally, most gender lens investment products are focused on developed markets, such as the United States and Europe. This limits the ability of gender lens investing in promoting gender equality in developing countries.

Gender Lens Investing is on the Rise

Farnoush Farsiar states that despite the challenges, gender lens investing is on the rise. The number of gender lens investment products has grown rapidly in recent years. More investors are also interested in gender equality.

If this recent ecosystem scan of 16 DFIs and MDBs is anything to go by, 14 had a gender strategy in place. Interestingly, all of them had some level of gender awareness in their investments.

There are a few reasons for this increase in interest according to Farsiar:

·       There is a growing awareness of the importance of gender equality

As gender lens investing becomes more popular, it is also becoming more mainstream. This is partly due to the increasing number of women in business and leadership positions in the financial industry. Additionally, several large institutional investors, like pension funds and insurance companies, have begun incorporating GLI into their investment strategies.

The potential benefits of GLI, such as improved financial returns and positive social impact, are becoming more widely recognized. This is partly due to the increasing amount of research on the topic. Additionally, women’s rights have become a more prominent issue in recent years. This has helped raise awareness of the potential benefits of gender lens investing.

The future of gender lens investing is bright. According to Farsiar, the field is growing rapidly and attracting more attention from investors.

This increase in interest is likely to lead to more products and services being developed to meet the needs of gender lens investors. Additionally, more research is being conducted on the impact of GLI.

This means that the potential benefits of this type of investing are likely to become more widely recognized. Therefore, Farsiar believes that this will help attract even more investors and further grow the field of gender lens investing.

Nearly half of British women have been patronised at work

Disability today and tomorrow: Living in a post-pandemic world