Researchers and experts have long established the link between global recession and worsening mental health. With rising inflation, reports of crashing stock markets, large-scale employee layoffs, and no job security, the population’s mental health takes a hard hit, and with it, substance abuse rates could climb higher. 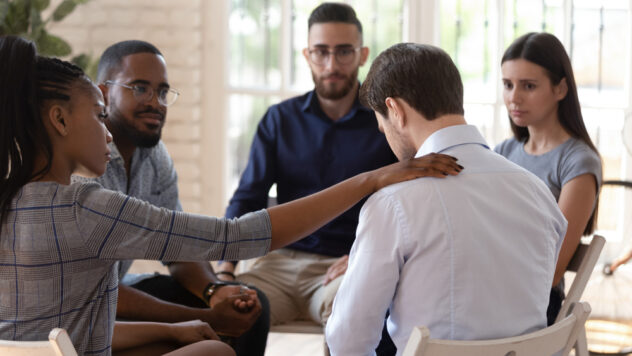 Global recessions are not only financially hard-hitting but also severely affect mental and emotional well-being.

As the quality of living plummets and unemployment rates escalate, the stress often becomes too much for people to handle. Many struggles with anxiety, depression, and feelings of disillusionment and hopelessness, turning to alcohol and drugs as a way to cope.

Research has shown that economic recession will likely boost mental health problems, including substance abuse disorders. People facing massive life changes such as unemployment, debt, financial strain, and other job-related issues are disproportionately at risk of succumbing to external pressures and turning to substances for an escape.

A study published by The Journal of Mental Health Policy and Economics highlighted a worrying link between economic crises and substance abuse.

They conducted a questionnaire-based survey in multiple areas, including England, and found that 58.3% of participants reported an increase in drug use during the global crisis. Some of the main reasons for these rising numbers were more stress at work, seeking comfort due to the loss of a source of income or social status, and greater substance availability.

These vulnerable populations are also likely to continue to suffer the long-term effects of the crisis, even while the economy recovers.

Continuing debt and unemployment can make this subgroup, especially at risk even after the crisis has subsided. The research highlights that there is a great need for more accommodating substance abuse treatment programmes for individuals belonging to this demographic.

Families and The Youth

Research has also highlighted the vulnerability of lower-income families and working-class youth in the face of economic instability. A national study reported a 17% rise in mental health issues that came with the rising unemployment in adolescents in over 31 countries.

Youth with unemployed parents are also more likely to suffer from depression and less likely to be psychologically healthy, consequently developing substance abuse disorders at a young age.

High-Risk Substances In The UK

Certain substances and drugs are more at high risk among the UK population.

Concern For The Future

Another economic crisis can have severe consequences for people living with substance abuse disorders and other mental health issues. Many individuals who cannot afford private treatment may not be able to access the help they deserve, which is why awareness and accessibility of affordable treatment options are extremely vital.

With the economy worsening daily, addiction experts are worried that another global recession will drive substance abuse higher. One leading addiction treatment counsellor – Paul Spanjar of Providence Projects, an addiction rehabilitation centre in Dorset, UK – is concerned about the current economic landscape and the impact on mental health.

“Addiction can take a hold of anyone but it disproportionately affects those in working-class families. Those on lower incomes will feel the pinch when it comes to finances, job security, and access to support services. People turn to substances including alcohol as a coping mechanism for life’s difficulties. What starts as a way to take the edge off slowly spirals into a daily habit, and my concern is that we may see this play out”.

Getting The Help You Deserve

If you or a loved one are struggling with alcoholism or any substance abuse disorder, remember that there are many specialized treatment centres and programmes you can turn to.

If you cannot afford privatised care, there are many affordable treatment programmes and funds that can sponsor your treatment for you. Reaching out can be scary, but it is the first step to recovery and building the life you deserve.

3 things to know about using a remittance service