Regulation is something that causes gambling companies plenty of problems. That’s the case at present for the Kindred Group and their popular online site Unibet. Increased regulation in Germany has led them to make the decision to leave the German market on July 1. 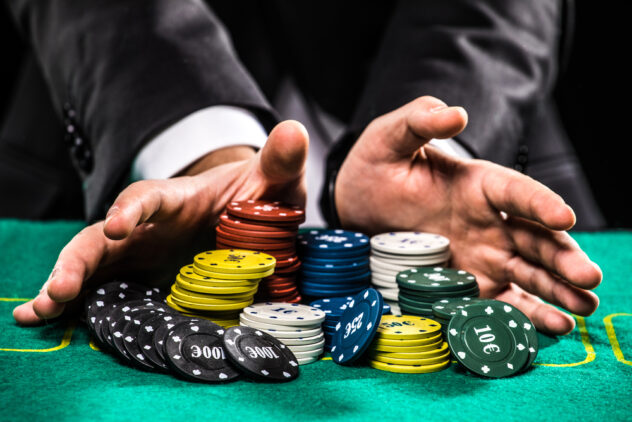 The company say that the changes that have been made in Germany makes it impossible to continue operating there. Reasons for this decision include taxation levels and also limits made on the loss limit for gamblers and the amount they can wager on slot games.

Taxation is always a hindrance and in Germany, there is now a 5.3 per cent level imposed on turnover. Any online casino is packed with great slot games to play. Unibet is no exception to the rule but in Germany, the maximum bet gamblers can place is just €1. When it comes to loss limits, the maximum allowed to be deposited each month is €1,000.

Sites are also required to have a clear opt-out button. They must also give gamblers the chance to have a 24-hour exclusion. Live betting is not allowed and between 6am and 9pm, gambling advertisements are not allowed to be shown.

The combination of these rules perhaps made it inevitable that they would withdraw from the German gambling market.  A statement by the Kindred Group said that “licence application procedures, licence conditions, and the regulatory environment need to be transparent, sustainable and financially viable.” Without that, then being competitive in a market becomes considerably more difficult.”

All of the rules in the German market led them to decide they “do not see a foundation for long-term shareholder value and customer experience at the moment.”  They accept that the situation might change in Germany, so perhaps one day they will return.

Their share of the German gambling market hasn’t reached high levels. Withdrawing from it will have “an insignificant financial impact” on their business. Besides, there are other areas to explore.

It’s an important year for Unibet, 2022 marks 25 years since their business was founded. A great deal of progress has been made since that launch date. They have become one of the leading gambling companies in Europe.

Unibet will continue to operate in the UK where their site is a hugely popular one. July will also see them open up in the Netherlands and there is also ongoing expansion in the North American market The latter saw Unibet launch in Ontario earlier this year when they allowed private betting companies to open online sites.

In the UK, Unibet is a familiar name with gamblers. Their betting platform has a great deal to offer to their British customers, including exclusive online slots via their casino sites. There has also been sponsorship of several sports teams in the UK including Rangers in Scotland and Middlesbrough and Derby County from England.

The hope that they will have is that there won’t be similar restrictive regulation announced in the UK. There is an ongoing review of the 2005 Gambling Act and an announcement by the UK Government is due shortly.

Areas such as gambling sponsorship and stricter enforcement of actions taken to help those with gambling problems are expected. Unibet will be keeping a close eye on what is announced.

July is still an important month for them as they enter the Netherlands gambling market. This will be an interesting move by the company and possibly not an easy one.

The German market has seen plenty of regulations placed on it and so has the one in the Netherlands. It seems though that wherever you operate, there are going to be some restrictions that affect your business.

Unibet has been granted a licence by the Netherlands Gambling Authority, KSA. It’s a move that their CEO Henrik Tjärnström believes is an important one for the group. He sees the Netherlands as a “large and important European market.” A new sponsorship deal has been signed with Dutch champions Ajax Amsterdam. That will give them a great deal more exposure in the country

The day before Unibet launches in the Netherlands gambling market is a significant one in the country. Gambling companies will no longer be allowed to use role models in their adverts. It follows calls for such adverts not to be aimed at young people.

It seems that the regulation of gambling is increasing in many countries. The message being made is clearly that those with gambling problems must be protected and contact with younger members of the community is not appreciated.

Even so, Unibet have high hopes that operating in the Netherland gambling market will be successful. With their continued presence in the UK and North American expansion, their future looks to be a rosy one.

The hidden positives of gambling