Imagine being responsible for a 540-million-dollar hack for the company you work in. Just the thought of that makes your stomach drop. Unfortunately, this imaginary scenario happened to a developer at Sky Mavis, which is a company that created the most popular crypto game in the world – Axie Infinity. Cybersecurity should be top priority for all enterprises. 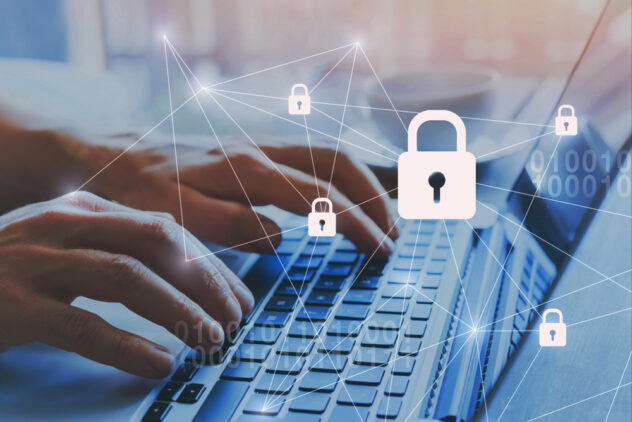 The same scenario could happen anytime because the attackers used LinkedIn. They set up a fake company, crafted detailed profiles, and approached the developer with a generous signing bonus and an incredible salary. Everything looked legitimate, and after a few interviews, they sent a PDF document filled with spyware that passed through their defenses. The cybercriminals infiltrated the system, took over control, and stole half a billion dollars.

Not every company will suffer such massive losses. But the average price for a breach is close to 4 million, which is not a sum anyone’s willing to pay for a mistake. With cybercrimes and cyberattacks increasing, you need a meticulous program to train your employees and help them adhere to the best practices. Here are some of them.

You can’t expect your employees to adhere to standards if they don’t have any clue about what’s going on or what could happen. Think of cyberattacks as a disease. It’s much easier to prevent them compared to treating them after they happen.

Instead of being a seminar, or once-a-month presentation, cybersecurity needs to become a culture in the enterprise. The hardware and software you use are incredibly safe, but human error is why devices get exposed to risk.

Phishing emails are still at the top of the list for stealing sensitive data. Furthermore, suspicious links, attachments, weak passwords, and public Wi-Fi services are also to blame. If a developer in one of the biggest blockchain companies in the world falls for a scam, who’s to say that one of your employees won’t get duped the same?

It’s the company’s responsibility to offer employees free training and quality education. Provide them with an antivirus and a VPN for all their devices to ensure they know how serious you are about preventing breaches.

A VPN and an antivirus

Even if you’ve got an in-house team of cybersecurity experts, they can still make a mistake. They might be tired, it might be the end of the working week, and they’re supposed to go on holiday tomorrow. A single slip-up and a lot of money goes down the drain, along with sensitive data from your customers. An antivirus on each device serves as a massive layer of protection. Even if a malicious download starts, the program can intervene to cancel it and prevent it from doing more damage.

A VPN, on the other hand, will protect your employees from prying eyes online. Your servers will be hidden, and you won’t have to worry about DDoS attacks or man-in-the-middle attacks when one of your employees connects on public Wi-Fi. The fastest VPN service makes your browsing experience seamless, and you won’t feel a difference in speed. But the hackers will definitely feel the difference. They won’t be able to do a thing.

You need to have a plan even for the worst-case scenario. No one is immune to a breach. Apple, Google, Android, Microsoft, Meta, and Yahoo have all been compromised. Did that make them stop working? No, they all got back on their feet, dusted themselves off, and kept doing their thing.

If that happens to your company, it’s essential to have backups. Storing data offline is still the best way to keep it secure. Cloud services are great and all, but they’ve been breached too. Back up regularly to ensure you’ve got something to work with while a team of experts tries to put out the fire in the cybersecurity department.

Those annoying reminders to update your software to the newest version have a reason to exist. And you should treat them as an opportunity to be safer, not as a nuisance. Prolonging updates for months will make your devices less secure.

Remember, 8 out of 10 devices get hacked because of outdated software. Save whatever it is you’re doing now, and let the update install and restart your computer. Talk to your coworkers in the meantime, or just take a brisk walk. You’re helping the company in the meantime!

Many people are annoyed whenever they have to change their passwords every month. That might be even more annoying than the updates. At least updates happen once every three to four months.

However, there’s a reason why companies adhere to this principle. Every device is like a door that can access important databases and sensitive info. When you give a company laptop to your employees, ask for it back when they transition to another role. You never know in whose hands it could land.

Cybercriminals are always trying to steal money and cause harm in the world. Adhering to cybersecurity practices makes their job way more complicated than it can be. If humans are no longer the weakest links in the cybersecurity system, we may see a decrease in successful breaches.

Technology, Autonomy and Delegation: How All Businesses Can Comply with E-Invoicing Regulations