Since the peak of a tremendous surge in 2021, the value of cryptocurrencies has plummeted by $2 trillion. 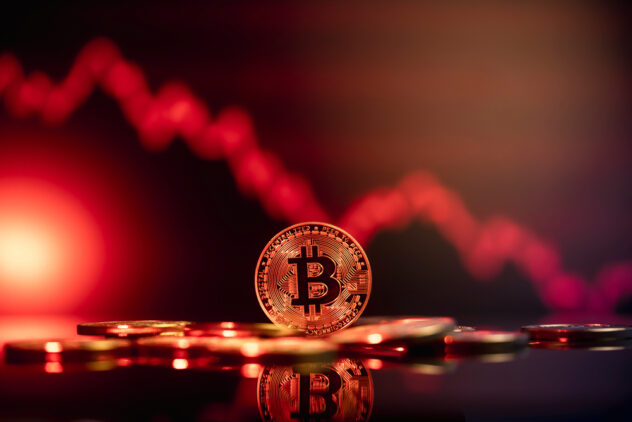 The value of Bitcoin, the world’s most popular digital currency, has fallen by 70 percent from its November high of $69,000.

In the wake of this, several analysts have warned of “crypto winter,” a long-term bear market. It was the last time this happened between the years 2017 and 2018. For the first time since September 2011, June 2022 has been the worst month for Bitcoin, as its monthly losses totaled 40%. As a result, the bitcoin market suffered its worst quarter in 11 years.

Bitcoin collapses and bear markets aren’t only for 2022, even with the present market sell-off. Since the genesis block, or first Bitcoin block, was mined in January 2009, the cryptocurrency has had its fair share of crypto winters.

When the market gradually rebounded, the price of cryptocurrencies went up even more. When it comes to the ongoing crypto winter, it should be said that it’s different from other crypto market crashes before. So, what are the main differences, and can the crypto market return to its old glory?

Some analysts think that the crypto winter is typical of the marketplace, however, that’s not always the case. The main thing here is the factors that made the digital currencies decrease in value so dramatically.

How is this possible? The main idea behind this is the use of software tools like Bit index AI, thanks to technological advances, which now allow traders to use AI in order to analyze market data and get the most out of their trading process.

The most recent crypto meltdown differs from past ones in that it has been distinguished by a series of incidents that have generated contagion across the sector due to their linked nature and business plans.

A new macroeconomic paradigm is taking shape as a result of war and epidemic. After a 30-year hiatus, high inflation has returned, bringing with it tighter monetary policy.

There has been a rise in interest rates, and central banks throughout the globe have been wasting money. The days of easy money are numbered. And this will lead to reduced pricing for cryptocurrencies on a long-term basis. In late 2021, Bitcoin began to decline after failing to reach $70,000. Since November of last year, the cryptocurrency market has entered a bear market, resulting in one of the cryptocurrency’s worst historical falls.

Cryptocurrency prices plummeted below $20,000 in June, causing panic in the market for the first time since 2020.

The ICO bubble, which peaked in December of that year with the first big bull run, drove the crypto space’s first significant growth phase in 2017. The revolutionary notion of using cryptocurrency as a fundraising channel has been used by a large number of already existing businesses and new initiatives.

Despite this, the blockchain business was less well-known and less regulated than it is now. During the apex of the bull run in 2017, just 104 dapps were active and running, with the overall cryptocurrency market capitalization exceeding $800 billion for the first time in history.

Another Japanese cryptocurrency exchange, Coincheck, had security difficulties at the beginning of the crypto winter. The NEM (XEM) cryptocurrency was stolen from Coincheck in January 2018 in a massive attack.

In March and June of this year, Facebook and Google prohibited advertisements for initial coin offerings and token sales on their platforms, causing the bear market to worsen further.

So what will be in the future? Nowadays many investors ask this question. There is no exact answer to this, however, there are some opinions. According to some analysts, the crypto winter will last for a long time and may cause the collapse of the marketplace. The main reason behind this is that today’s crypto market is linked to other financial markets in a way never before.

As a result of this, as the financial markets are decreasing in value, because of the increasing inflation rate, the crypto market will need a long time to recover. In addition to that, the geopolitical situation around the world, in terms of the Russia-Ukraine war, has caused many problems in the world’s major countries.

The economy of the USA and the EU decreases, which has a dramatic effect on the investors’ sentiments. However, some analysts as well think that crypto winter will end soon as such kind of crashes is typical of this fluctuating and volatile market,