With the skills shortage biting, tech workers entering the workforce are recognising their value and placing more importance on salary than ever before, according to new research from specialist global recruiter Randstad Technologies.

Research from this year’s Randstad Award – an annual independent survey asking 10,728 British tech workers about their attitude to changing jobs – has found that since the recession, salary has steadily grown as a priority among new workers choosing an employer. 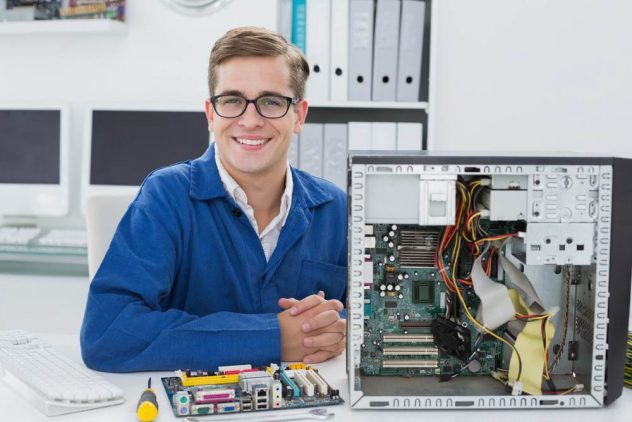 In 2012, only 18% of Tech workers answered that compensation was the top factor driving them to work for a specific company. Instead – and with the recession still in the front of their mind – ‘Generation Perspiration’ were grateful to have a job at all.

But as the economy has recovered and the Tech sector has boomed, workers are starting to realise their market value. The proportion of Tech workers placing top importance on pay in 2015 has now reached 22%. This signals the rise of a new generation who care more about their pay – who Randstad have coined ‘Generation Remuneration’.

Table 1 (above): Proportion of Tech employees who say compensation is the most important factor they consider when choosing to work for a specific company.

Ruth Jacobs, managing director of Randstad Technologies, comments, “The technology sector is rocketing into the stratosphere. More start-ups are popping up throughout the country, and companies of all sizes are realising the importance of cyber security roles and big data analytics and hiring specialists in these fields. But this in turn has changed the tone of the jobs market – Tech workers are now much more in demand and can command higher salaries than ever before.”

“The new generation entering the workforce recognise that the growing size of the sector, combined with the lack of Tech talent, is a perfect storm for job hunters. They place getting a higher starting salary as one of their top priorities, and are willing to push harder on pay.”

“Meanwhile, workers who are already entrenched in the workforce should follow the new generation’s lead, and approach pay more proactively. Now, more than ever, it is worth workers doing their homework to find out their current market value, before being bold and asking for more money – or switching companies – to make sure they are being paid their fair due. Employers have stepped up their game to attract talent by offering attractive salary packages, but they are being slower to recognise and reward the broader skill-sets that their established workers have built up through years of hard slog following the recession.”

Table 2 (above): Proportion of Tech employees who said compensation is the most important factor they consider when choosing to work for a specific company – 2015.

Compared to other sectors, new Technology workers in 2015 are some of the most astute when it comes to recognising their market value and actively negotiating on pay.

And it is the younger generation who are leading the way. When Randstad broke down the results of the most recent survey by age, the results revealed that across the workforce, one in three (31%) 18-24 year olds that had recently changed jobs cited that compensation being too low was one of the factors behind their decision to look for a new workplace, compared to 29% of overall respondents.

Ruth Jacobs, managing director of Randstad Technologies, continues, “Younger workers are often in the best position to capitalise on the hot jobs market, as they usually have fewer financial and familial commitments, making it easier for them to take up new opportunities and move jobs. However, this freedom to chop and change won’t necessarily help them gain new skills. Alongside their salary negotiations, Generation Remuneration should push to go on training programmes and work across different departments to build their breadth of experience. Their colleagues who worked through the recession may not have had many opportunities for a pay rise, but they did have plenty of opportunities to work across wider roles and gain broad experience.”

The highest paying jobs in the UK 2020

What to consider when choosing a medical negligence lawyer

Insurance broker urges businesses ‘you need to get alternative quotes’

5 things you must do after an accident at work

How to cultivate a professional image for your small business

How to make your email look professional?

Dominic Lill - June 6, 2019 0
Despite a wide range of different digital channels and social media networks created for online communication, email still remains one of the...