For an SME getting recruitment right is vital. All firms need dedicated and driven personnel but it’s even more vital for an SME to get it right.

SMEs need to find someone who fits their culture and is willing to buy into the ethos and vision for the future, there can be no passengers on the path to business success which is where apprenticeships come in. Finding the right characters can prove tricky and the right people don’t always have the qualifications or the training to do the job. 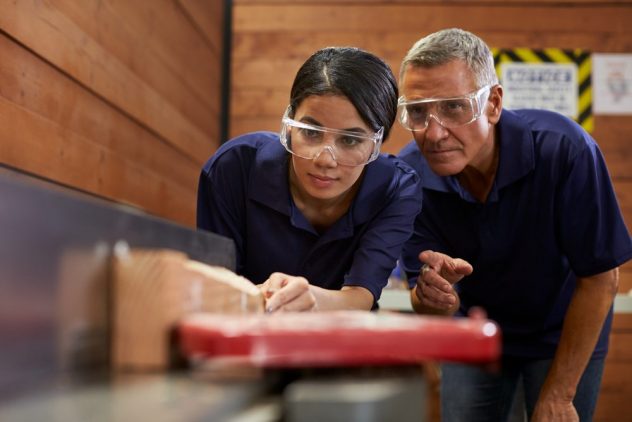 But that needn’t matter. One highly beneficial way around that for SMEs is to unearth the next generation of talent themselves by taking on apprenticeships.

National Apprenticeship Week is now upon us – running from March 9 to 13 – and SMEs should take this chance to sit up and take note – apprenticeships are certainly not just for the big boys.

Oliver Mangham is director at Fairfield Control Systems – a Lincolnshire SME that designs, builds, commissions and installs industrial control systems. For Fairfield, apprentices provide the talent of tomorrow in a market where there aren’t that many would-be employees waiting to be snapped up.

Oliver explained: “Having started as an apprentice myself nine years ago I can testify to the value of apprenticeships – to both the company and the individual. As a small organisation operating within the engineering industry we would struggle to find trained engineers to allow our business to grow – the recruitment pool just isn’t big enough. By taking on apprentices, we are able to stay one step ahead of our competitors by training young talent early on.”

His experience is such a positive one – Fairfield is ahead of schedule in its three-year quest to double its turnover – that he’s now vowed to do all he can to encourage others to sign up an apprentice.

Oliver added: “As an Apprenticeship Ambassador I could preach the benefits of Apprenticeships all day long, and am personally interested in encouraging our supply chain to consider the merits of training young people early on. In doing so all our businesses will grow as the resources will be there to support each of us.”

The ability to mould talented people into the employees that you want and need is just one of the benefits to be had with an apprentice.

It’s a long-term investment and statistics show that it’s one, which will pay off.

A 2013 study found that each apprentice, on average, can boost productivity in the workplace by £214 a week. That’s expected to be a combined boost of £3.4 billion a year to the economy by the time we sit down to watch the football World Cup in Qatar in 2022.

Many may, though, be concerned by the costs involved. But there is help at hand.

Eligible employers can, for example, get £1,500 from the Skills Funding Agency. That AGE 16 to 24 grant is for firms with fewer than 50 employees, so it’s targeted to SMEs, and is designed for those who are new to apprenticeships.

It’s a fund that helped Sarah Smith recruit an apprentice to The Bridal Gallery in Coventry. She was contemplating how to ensure the knowledge and skills of her award-winning business could be kept on in the future – especially with a seamstress on the books who was 78 – when contacted by Warwickshire College.

The prospect of being able to take on a young person and lead their training to meet her business needs was appealing and she then went on to recruit Roisin McCloskey, a sewing room apprentice.

She joined the business in September 2012, whilst also undertaking a course in Bridal Seamstressing at the College, and is now a set to stay on as a full time member of staff after proving to be a success. Roisin was even shortlisted for the Coventry Freeman’s Guild Apprentice of the Year Award.

Sarah said that the extra incentives, such as the £1500 AGE grant, were a real help, adding: “Money was tight when we took her on, so there’s no doubt that it made a difference. I would do it again, she’s learning from the best in the business, and now it’s as if she’s always been here.”

Sarah is keen to encourage more businesses to consider apprenticeships and said: “Give it a go, there’s a lot of young people who have an awful lot to give and need the opportunity. You could find an absolute gem.”

SMEs needn’t worry too much about finding the right person. You won’t have to launch your own Alan Sugar-style search – the Government can help find your match or a reputable site such as Jobstoday can point candidates in your direction.
The image of apprenticeships is getting more positive – good candidates will be searching that very site eager to pounce upon your opportunity.

More than two million apprenticeships have begun since 2010 – with various levels available. Those start at level 2, which is an intermediate qualification that is equivalent to 5 A*- C GCSEs, up to level four and above. Level three is an advanced level apprenticeship, which equates to two A-levels, and level four and above are higher level qualifications that can see candidates completing a university degree.

An employer wishing to benefit from setting up an apprentice programme will need to employ an apprentice for a minimum of 30 hours a week, pay at least the national minimum wage for apprentices, support them to learn the skills and knowledge needed to do their job and help to review their progress.

A training organisation can then help to identify the apprenticeship that fits your business requirements, assist with recruitment, develop a training plan and review and test their performance in the role.

Apprenticeships may well be an investment – but they’re typically the start of a long and successful relationship too. Would-be apprentices are attracted by the fact that 90% stay in employment after finishing their apprenticeship and 67% stay with the same employer. Figures also show that 83% say that the experience improved their career prospects. Those statistics all show an SME can rest assured that an apprentice will be out not only to learn but also to establish a successful relationship that benefits both parties.

Government figures show that 84% of employers are satisfied with their apprentice programme, 96% report some benefit to their business and 72% have reported an increase in productivity or the quality of the product or service they offer.

So, when it comes to finding top talent to suit the culture of your business, taking charge of training the employees to fulfill the specific roles you need and feeling the financial benefits, SMEs are on to a winner when it comes to looking for apprenticeships.

Do your due diligence when selecting a crowdfunding platform

Why your business should invest in apprentices