New research suggests that around 54,000 new mothers may be forced out of their jobs in Britain each year. 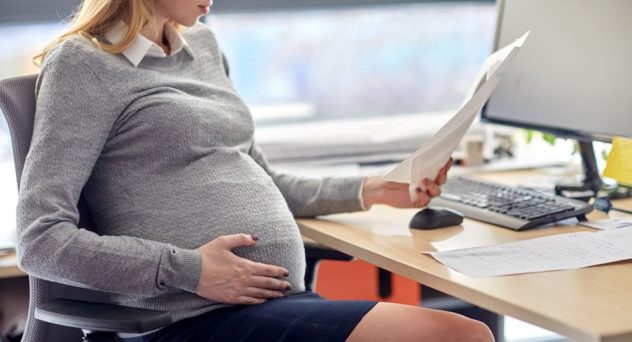 The findings were based on a survey of over 3,200 women by the Equality and Human Rights Commission, in which 11% of the women interviewed reported having been dismissed, made compulsorily redundant where others in their workplace were not, or treated so poorly they felt they had to leave their jobs. If replicated across the population as a whole, this could mean as many as 54,000 women losing their jobs each year due to pregnancy.

The research, carried out in partnership with the Department for Business Innovation and Skills, also found around one in five new mothers experienced harassment or negative comments from their colleagues, employer or manager when pregnant or returning from maternity leave.

There are tonnes of things to worry about when becoming pregnant, discrimination in the workplace should not one of them things. If you are seeking help fertility clinics around the world such as Fertility Plus would be more than happy to help.

The survey is the largest of its kind, with a total of more than 6,000 mothers and employers across Great Britain taking part in interviews about their experiences and practices.

The research also shows that many employers, across a range of industries, say they are firm supporters of female staff during and after their pregnancies and find it easy to comply with the law.

However, the research suggests that for some women pregnancy and maternity at work is not a positive experience;

Caroline Waters, deputy chair of the Equality and Human Rights Commission, said, “This research reveals the worrying levels of discrimination and disadvantage at work that women still face today. Not only is discrimination unlawful, but it is also bad for business. That’s why we’re launching a major initiative to bring this issue into the public eye, improve awareness of the law and work with business and other groups to find workable solutions.”

Dianah Worman, diversity adviser for the CIPD, the professional body for HR and people development, said, “The findings of this important research show how employers are losing female talent by default. It’s a wake-up call about checking against weak employment practices that cause such negative experiences for mums who want to work.”

“It’s time for employers to do some housekeeping in their organisations to make sure hidden problems and difficulties are surfaced and dealt with quickly to ensure they have both diverse and inclusive working environments.”

Publication of this research marks the launch of the Commission’s #worksforme awareness initiative to reduce pregnancy and maternity discrimination. The Commission is providing practical advice and information for women and employers on their rights and responsibilities, as well as a practical toolkit with a step by step guide for employers on managing pregnancy and maternity.

The #worksforme resources will help employers to understand what they must do when an employee is pregnant, on maternity leave or returning to work, and how to ensure they are creating an environment that works for everyone.

8 unbeatable benefits of hiring foreign workforce in your company