While the world of business has finally experienced an increase in female staff due to equal opportunities legislation and shifting social attitudes, women still feel that they are at a disadvantage in their career, particularly in trade or hands-on professions. 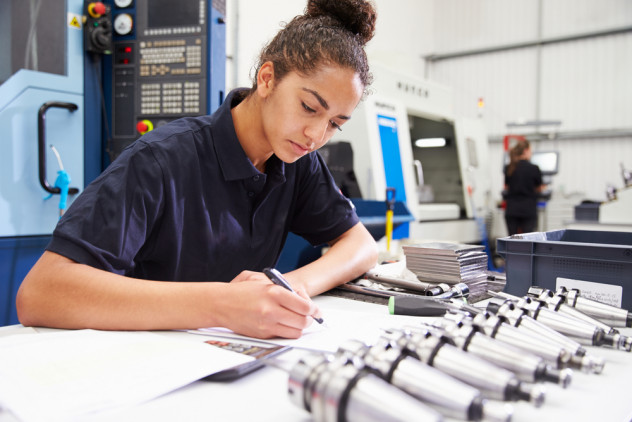 As reported by BT, a recent study found that more than a third of teenage girls think their gender will harm their future career prospects. Clearly, not enough work is being done to encourage young women to follow their desired career path and disregard outdated stereotypes.

A profession that is often perceived as male dominated is engineering. It seems that many still hold the view of an engineer as a man in blue, greasy overalls with a pencil behind his ear. This not only sells the profession short massively, as the sector is highly scientific and offers contributions to all sorts of important fields, but also fails to recognise that engineering is a job that women can excel at, just as men do. For girls with an interest in science, intricate design, and problem solving, engineering would be the perfect career. But what is holding them back?

Finding a way to get women into the engineering industry isn’t the only problem faced by recruiters, as the industry as a whole is currently experiencing a lack of interest from both genders. Engineering is perceived poorly by those in education, which discourages those with a matching skill set from considering it as a potential career path. Bright young people are no longer given a reason to consider manual jobs, as the emphasis is now on working in digital industries or in an office environment. Many do not appreciate how technical engineering is or the enjoyment that can be derived from working within the industry.

Those who do appreciate how scientific engineering can be and are interested in it as a career are given no incentive to pursue or enjoy education in the related subjects. STEM (science, technology, engineering, maths) subjects at school and sixth form/college are considered boring and less engaging than others — many students are left questioning the application of such knowledge, and are not educated on how these subjects can help build the foundations for a career.

The link between education and employment

Higher education is the route that is recommended for most prospective engineers, but those who are not as academically gifted also have other potential routes to explore. Those leaving school or sixth form can enrol on apprenticeship schemes that not only provide on-the-job training, but also the opportunity to work towards formal qualifications in the field. The candidate will also receive a wage while on an apprenticeship scheme, which is more than can be said for University students, who often must incur significant expense to study.

Organisations such as the Women’s Engineering Society aim to both increase the amount of young women taking an interest in science and technology, as well as encourage them to work in related industries. In addition, diversity in the industry can be highlighted by engineering companies drawing attention to women in their workplace. For example, chemical manufacturer Chemoxy celebrates its diversity with an annual ladies Christmas dinner, honouring strong women who have excelled in what is still unfortunately a male-dominated industry.

This is not a problem that can be solved instantly, but slow, gradual changes to the attitudes of young people will encourage a new generation of scientifically minded women entering, and excelling in, the field of engineering.

Can you have it all as a woman entrepreneur?

Furthering your business career: Here’s how to do it

How to fix the student loan crisis

How your startup can implement DevOps this year

Are your office IoT devices a cybersecurity risk?

Educating little Margo and Jerry – a move to the Good...

Dominic Lill - November 21, 2016 0
It’s not a new exodus. For the past few years, droves of London’s middle classes have upped sticks and moved to the sticks to...
We use cookies. To learn more, read our Privacy Policy.Ok