Three quarters of small and medium-sized businesses (SMBs) do not currently have the required technology to keep afloat in today’s web-enabled economies, and just under three quarters (72%) do not see the need to implement 10 Gigabit according to a new study by networking company NETGEAR. 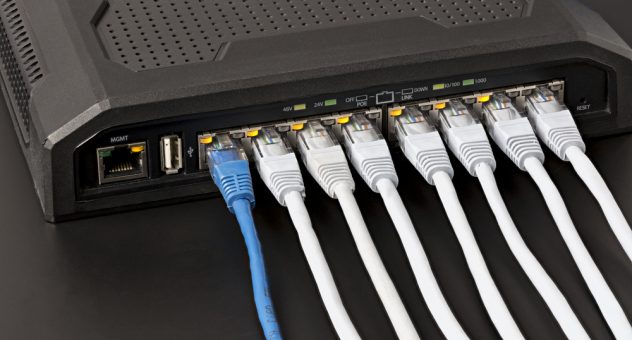 There is a worrying misunderstanding and lack of knowledge about just how crucial future-proofing the network with 10 Gigabit technology is in an always-on era, despite this being increasingly essential for a business’s success. The network infrastructure of the future will require significantly more bandwidth, as evidenced by increased data consumption, workload-heavy new applications and the predicted rise of BYOD in the workplace, which according to Gartner is set to treble by 2018.

Although all SMBs surveyed agreed they would need to deploy 10 Gigabit switching in their network in the future, only one third (33%) currently have a proportion of the technology in place (greater than 30% penetration). The adoption of 10 Gigabit switching is set to increase by one third in the next 18 months, with 61% of SMBs expecting to have greater than 30% penetration by the end of 2017.

The research showed that a minority of SMBs understand the benefits that 10 Gigabit networks can bring, as only one third (33%) are adopting the technology to solve network performance issues when expanding premises, only one third agreed that 10 Gigabit would be warranted in the event of increasing video or broadcast streaming, and less than half (40%) plan to migrate to 10 Gigabit switching solutions in anticipation of decreasing network bottlenecks. In all suggested use cases, less than half of SMBs considered that 10G adoption was warranted.

Businesses of all sizes need the flexibility which 10 Gigabit solutions offer, as the demand for bandwidth continues to grow. Whether ensuring business continuity, adopting server and storage virtualisation or managing growing data footprints, customers demand immediacy and agility. This need for bandwidth reinforced with video and mobile data continues to place limitations on Gigabit networks as more devices, users and content fight for traffic prioritisation.

Tris Simmons, director, global product marketing, NETGEAR says: “Our research highlighted that the number one reason why SMBs are deploying 10 Gigabit, is to address bottleneck performance issues. Such challenges are only going to increase in prevalence and underpin why 10 Gigabit is appearing more and more on the radar.”

NETGEAR advises businesses of all sizes to opt for an affordable solution to the growing demands on the network. 10 Gigabit is no longer a platform solely for large enterprises, with reliable and simple 10G network connectivity becoming increasingly affordable for SMBs and accessible beyond the core of the network.

Tris adds: “10 Gigabit Ethernet Fibre switching has been around since 2002, but it’s only been in the last three years that adoption has really started to take off with more affordable 10 Gigabit copper switching. Without doubt, copper has brought wider switch management choice for SMB networks to cope with the increasing pressures and to appeal to growing expectations.”

Information on the solutions that are available can be found by visiting: www.netgear.co.uk/landing/10gigabit.aspx

How important is business networking?