A handy guide for business travellers seeking to pick up a new language has revealed that Indonesian is the cheapest tongue to master while Korean will set you back the most cash. 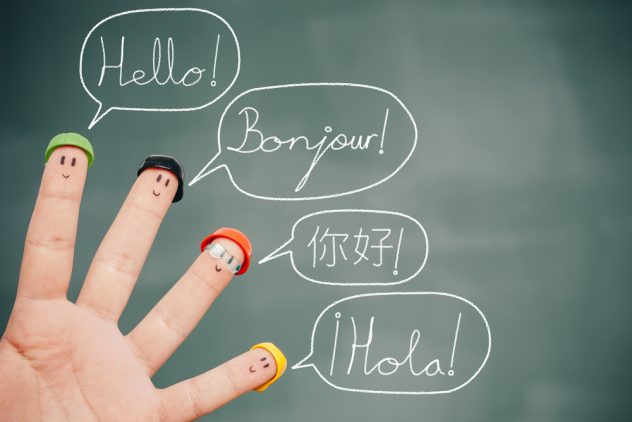 Money saving gurus at Voucherbox.co.uk looked into the costs and required hours for English speakers to start from scratch learning a new language and go all the way through to fluency.

It was discovered that Indonesian is the cheapest language to master, costing around £5,175 in total to learn.

At the other end of the scale, Korean is the most expensive language to study for English speakers with a staggering price of £41,155.

The data was compiled using the average prices from a cost-per-hour language learning website, and calculated the estimated expenses of learning 28 languages from around the world.

As well as the cost per hour, the research also looked into the difficulty of learning each language – with average hours needed ranging from 600 to a staggering 2,200.

The results showed that although Indonesian took longer than more basic languages to learn, with around 900 hours needed from start to finish, it had the cheaper average hourly rate of tuition of £6.35, meaning the cost was particularly low.

Coming in at second place in the cheaper languages was Portuguese, with a total cost of £6,138. This differed to Indonesian as although the hourly price is a costly £10.23, only 600 hours are needed to speak fluently.

In terms of typical school-taught languages within the UK, it’s those who study German compared to French that should be pleasantly surprised. Within the research, it was revealed that students on German courses at school could be saving £12,013 in money compared to just £8,171 if they had chosen to learn French.

Tipping the costly end of the scale as the more expensive languages to study included Korean, Mandarin and Japanese.

To learn Korean, you must set aside a whopping £41,155, as well as dedicating 2,200 to the language. It was revealed that as well as being one of the most difficult languages to crack, it will also cost £18.71 per hour.

Shane Forster, UK country manager for Voucherbox.co.uk, said: “The information we uncovered was quite startling. Although we understand that few people would end up learning a full language at an hourly rate, our calculations can be used as a way of working out the cost expectancy for studying various languages.

“Even with a tuition bundle discount, such as a crash course, Korean is still highly likely to cost much more than Portuguese or Spanish due to the higher rates of tuition and the recommended time taken to learn the language.

“Our calculations also don’t take into account the cost of learning materials such as textbooks which would also be necessary in learning a language, with harder languages likely requiring more resources than easier ones, which would additionally raise the cost.”

The table of languages, the hours to learn and average hourly cost, along with an overall learning cost, can be seen below:

The role of guarantees in funding a business