People would be forgiven for overlooking the vast time and effort it takes to make an attractive storefront. Many stores, after all, simply throw up signs that say ‘SALE’ and ‘UP TO 70% OFF’. But the fact is, the art of storefront design is complex and layered. 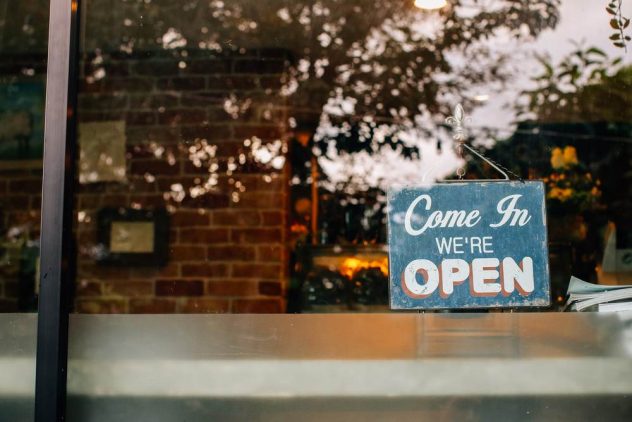 To divert passing shoppers from their best laid plans requires a carefully considered and meticulously designed storefront. Here are some of the secrets.

Retail experts have understood the vital role of storefront design since the production of affordable plateglass introduced the concept in the 19th century. Though a storefront is a three-dimensional platform, designers over the years have often borrowed techniques from the rules of the print format, from magazines to t-shirt designs. Research shows that people look at shop windows the same way they look at pages. These viewing patterns are referred to as the Z and F patterns.

Designers have these patterns in mind when creating a window display. Placing a key item or offer in a hot spot can increase sales by 229%. With results like this it’s no wonder storefront designers take viewing pattern research seriously.

Perhaps playing into the much-maligned short attention spans of this generation, retailers update storefronts as frequently as they can. Seasonal updates are often the most elaborate. Christmas storefronts in major shopping areas like New York City have become a cultural phenomenon in their own right, taking window shopping to a whole new level.

Window displays should be updated for every major retail season. Retailers can track them using a simple seasonal calendar and redo their shop windows accordingly. But window display updates are about far more than putting up a Christmas tree in December (or, increasingly, November). Research shows that refreshing a window display as frequently as possible has positive benefits.

Some store owners suggest making simple changes to a storefront, such as moving items or images slightly and adding new cardboard display stands, can make a lot of difference to how many customers enter a store. The consensus overwhelmingly suggests that the more a shop window changes, the more passersby will look at it. An updated storefront window will catch the eye of regular customers and new ones alike.

The number one goal of a store window is to bring in customers. Using clever techniques from print and frequently updating the display are both effective tactics, but more important than either of these is the fundamental power of a display to grab a shopper’s attention.

Displays can grab attention in a variety of ways. Some designers create minimal displays, starkly presenting a single item on a simple backdrop. Gant’s flagship store in London, for example, currently has five polo shirts in their window, backed by some plain coloured curtains. This design uses another eye-catching technique: colour. Important especially for smaller store windows, multiple colours naturally draw the eye.

Other storefronts attract attention using storytelling. This doesn’t mean playing out an entire story in the window in near comic book form (though it can mean that). More often, designers create the mood and atmosphere that evoke a feeling or a moment in a story. In many ways, this connects storefront design to modern art installations. With this in mind it’s no wonder retail storefront designers Prop Studios were invited to work on the window display for the recent Tate Modern Switch House expansion.

Prop Studios are no strangers to storytelling, either. Their creative window display for Oliver Sweeney conjured up feelings of British heritage and sport by placing the brand’s clothing on aged coat hooks alongside cricket balls and shoe polish.

Are retail businesses expected to grow in 2018?

How to optimise your online store and drive sales