An analysis of workplace habits has found that the biggest causes of worker procrastination are internal problems and that restricting workplace social media usage could make employees less productive.

Conducted by office supplies company Viking, a survey on workplace habits of over 1,500 office workers found that almost half of workers (48%) procrastinate because of waiting for other people’s work to be completed. 40% procrastinated in order to take a break from work and reduce their stress levels. 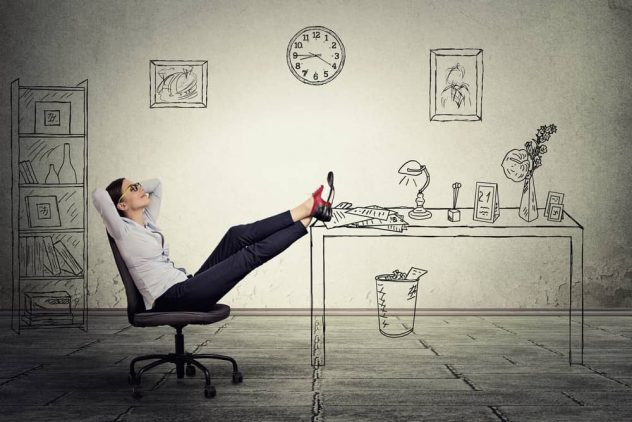 Further research from Viking has found that people who work in an office experience more stress than those who work from home, likely because working from home allows employees to take breaks more frequently.

The most frequently visited sites while at work were Facebook (57%), BBC News (36%), and Twitter (30%), which indicates that workers use procrastination time to stay informed with current news. Facebook introduced its ‘trending’ news section on user profiles in 2014, while Twitter launched ‘Moments’ in 2015 for users to quickly find prominent news stories.

Although the Flexible Working Regulations introduced in 2014 suggests we’re working towards a more lenient workplace, survey findings show that in-office cultures are still struggling to find their footing when balancing work and relaxation. For example, almost half (48%) of people want their office social media policy to change.

When asked how they’d feel if their company banned social media, the majority of respondents (43%) said their day would be worse, with 29% saying it would, in fact, be less productive.

Gemma Terrar, European HR business partner at Viking, weighed in on the potential benefits that controlled breaks can have in a workplace:

“If an employee is struggling with their work, a quick break can help them take a step back and think about their situation in a new light. Rather than trying to press on through a challenging task, doing something that relaxes them or lightens their mood can help a worker stay productive in the long run.”

“Each company is different, but many workplaces are becoming more open to a relaxed atmosphere that encourages taking breaks when necessary. Ultimately, companies want their employees to work to their full potential, so they should consider a break and social media policies that balance the downtime and productivity of a workforce.”

Workers also seem to be taking their time into their own hands, with 61% of people not worrying if they are caught on social media while at work.

Further results from the survey, as well as tips for taking planned breaks while at work, can be found here.

How to select the right seating for your office

Why the CBD market is likely to keep growing