Almost a fifth of employees have been promoted or received a pay rise thanks to extra training, courses and qualifications. 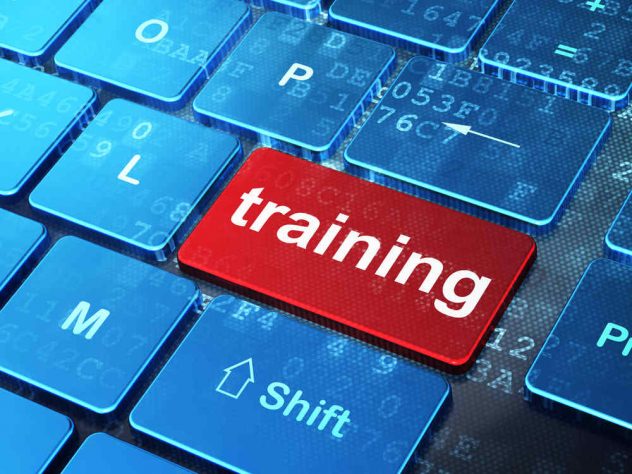 Research released from Groupon reveals that nearly a third (30 per cent) of workers in the UK have actively taken measures to upskill through extra training and qualifications in the past five years. Thanks to a rise in flexible working, an increase in online learning courses, an uncertain economic climate, and with Brexit talks looming, UK workers are seeing now as a good time to learn new skills. The findings also show the range of British workers’ motivations for upskilling, including self-improvement (52 per cent), refreshing their skillset (33 per cent), and protecting themselves from automation due to fears their current job may become obsolete (five per cent).

The move to upskill often comes with rewards for many Brits. Of those who have upskilled, almost a fifth (17 per cent) have seen this pay off, with either a promotion or a pay rise thanks to their new skills, and over half (51 per cent) have used their new skills to make extra money. Almost half (44 per cent) of Brits believe learning new skills through courses or further training would significantly enhance their earning potential. The reasons to upskill don’t stop there though; over three quarters (76 per cent) say the UK could boost its overall productivity if more people took the time to learn new skills.

Flexible working has also had a part to play in the rise of the self-improving British worker. Over a fifth (21 per cent) of Brits said the introduction of flexible working hours has allowed them to find time to invest in their own professional development, with almost two thirds (62 per cent) believing that flexible working should be available to all workers so that they can find time to upskill themselves. More enterprising Brits have resorted to using their lunch breaks to further their career, with 18 per cent of workers admitting to learning new skills in the lunch hour.

The opportunity to learn new skills has also enabled workers to turn their passions into money makers. A third (33 per cent) of Brits have used a hobby or passion project to make extra money; of these, eight per cent used their passion and skills to set up their own business.

The costs of upskilling

However, for many would-be upskillers, cost is clearly the main barrier to further development. Over six in 10 Brits (61 per cent) believe learning new skills through face-to-face courses/training is too expensive for the average person, with most Open University courses costing £5,000. Instead, just under half (46 per cent) are more likely to consider an online learning/training courses as they are significantly cheaper. Indeed, online courses are the most popular method for self-improvement, with 39 per cent upskilling this way. University courses and night school were the second and third preferred options (18 and 12 per cent respectively).

Administrative (secretarial or general business) skills have proved to be the most popular type of new skill to learn, with nearly a fifth (19 per cent) of upskillers choosing this area in the past five years. More unusually, one in 50 (2 per cent) of Brits who have upskilled in the past five years said they’d learnt psychic/mystical skills such as Tarot Reading, showing the wide range of new skills and courses available.

Younger people are by far the most likely to upskill in preparation for the future. Almost half (48 per cent) of Brits aged 18 to 34 have upskilled in the past five years (compared to just 22 per cent of those aged 35 and over) with a further 15 per cent admitting they haven’t yet, but would like to. The research also reveals that women are perhaps preparing more for the future than men, as five per cent more women (32 per cent) learnt new skills in the past five years than men (27 per cent).

On a regional level, Londoners are the most likely to have upskilled, with 40 per cent having done so in the past five years, 10 per cent higher than the national average of 30 per cent. Northern Ireland is the second highest region for upskillers (34 per cent), closely followed by South West England and Scotland, both on 33 per cent. Those in the East of England are the least likely to have learnt new skills in the past five years, with less than a quarter (22 per cent).

Jon Wilson, MD at Groupon UK, commented: “No matter how old you are, where you live, or what stage in life you’re at, you should always have the opportunity to keep learning. For some, the cost of traditional face-to-face courses is a barrier which is why we’re now seeing such strong demand from customers for high quality yet affordable online learning courses. Whether it’s to improve yourself, chase down a promotion, or future-proof your career, there’s plenty of reasons to learn new skills.”