The Caterham F1 Team is working with leading crowdfunding platform Crowdcube to finance its return to Formula 1 for the season finale in Abu Dhabi on 23rd November.

#RefuelCaterhamF1 is giving fans and sponsors the opportunity to be the driving force behind the team by supporting its participation over the three-day race weekend, in return for unique rewards including the drivers’ boots, car parts and corporate hospitality. 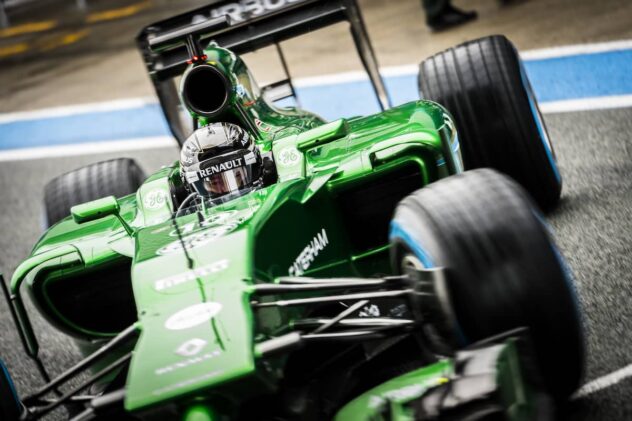 Companies and individuals can get involved on the Crowdcube website by pledging the amount they wish to give – from just £10. Supporters will receive rewards depending on the amount they pledge, including a once-in-a-lifetime chance to get their name on the Caterham F1 car competing in the Abu Dhabi Grand Prix.

The opportunity to support Caterham F1’s return will close when it reaches its £1.5m funding target or on Friday 14 November, whichever is sooner. If the team does not hit its target by next Friday, all money will be returned to supporters.

The Caterham F1 team is undergoing a restructuring process and Caterham Sports Limited went into administration in October. As a result, its cars were not on the grid at the US Grand Prix. It will also miss the Brazilian Grand Prix, but plans to be back for the season finale in Abu Dhabi.

Finbarr O’Connell, Caterham Sports Limited administrator and interim Caterham F1 Team Principal, said: “We are working non-stop to get the Caterham F1 Team back racing and one of our most useful, innovative and effective options right now is crowdfunding. We want to get as many sponsors and fans as possible involved this week and make our comeback something we can all be part of. This team deserves a future and I’m sure that there are plenty of fans and companies out there that agree with us, so I can’t think of a better way to get us all together and show our support to the team than this one, the Caterham F1 Team #RefuelCaterhamF1 project.

“In order to make this happen, we’ve teamed up with Crowdcube, the world’s leading investment crowdfunding platform which has raised £45m for more than 150 organisations since 2011. If we don’t hit the target by next Friday, obviously the pledged funds will be returned, but right now we are hopeful for the future of the team and we are confident that the team showing the world that it can race again will lead to a bright future under a new owner on a proper financial footing.”

Darren Westlake, CEO of Crowdcube, said, “It’s fantastic for Crowdcube to be able to support an iconic British-owned team in this way; helping Caterham F1 to continue doing what it does best. This is a unique opportunity for motorsport fans to be directly involved in the sport they love, getting behind the team and playing a part in powering them onto the grid – even putting their name on the car.”

UK funding: What is your route to success?