Weak leadership is costing British businesses £4.1bn every year in staff turnover alone, according to research carried out by specialist global recruiter Randstad.

As part of research for this year’s Randstad Award, Randstad interviewed 10,728 British workers to find out which factors contributed to their decision to change jobs. The research found that weak leadership is actively pushing people out of their existing organisations with 25% of workers saying that weak leadership was one of the most important factors contributing to their decision to change employers. 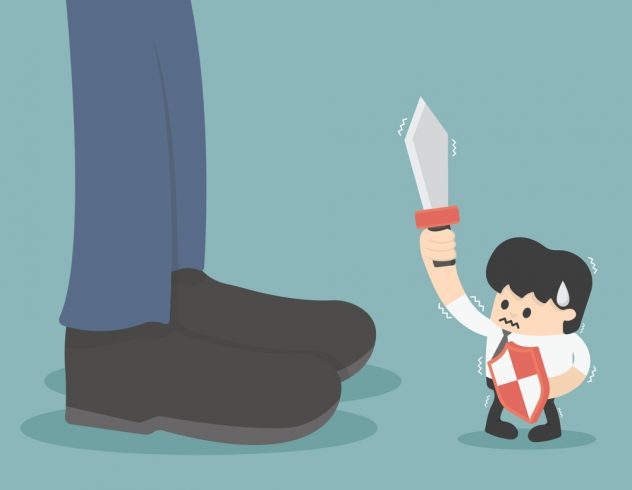 The CIPD estimates that the cost of replacing an employee is £4,800. Randstad’s research shows that, currently, 19% of employees in Britain change employers every year – with 15% moving voluntarily and the other 4% being made redundant. If weak leadership is a contributing to factor in 25% of voluntary job moves, 3.75% of the country’s employees are moving jobs every year because of weak leadership.

Mark Bull, CEO of Randstad UK, said, “There is a fundamental problem with leadership in the UK and it’s costing the country a huge amount of money. Bosses just aren’t delivering. Management culture needs to be in line with employee culture, and at the moment employees don’t see that and this can trigger departures. Too often company values aren’t clear, demonstrated or promoted by management – and that’s pushing a huge number of employees to switch jobs.”

“Changing company culture to foster stronger leadership makes tangible business sense. Employees said weak leadership was the third biggest factor influencing their decision to change jobs – with only uncompetitive compensation and a lack of career growth opportunities seen as more of a problem. And while paying employees more, or promoting them more quickly has an immediate financial impact on the bottom line of a company, encouraging strong leadership is a way to inspire employees to stay without a large cost implication attached.”

Weak leadership is also a factor for more experienced workers. When asked what factors contributed to their decision to look for a new career opportunity outside of their former organisation, 40% of 45-65 year olds said weak leadership was one of the top 3 most important factors. These experienced employees are more likely to hold professional and managerial positions, which the CIPD estimate cost 46% more to replace – approximately £7,000 – making weak leadership even more costly.

Mark Bull said, “Younger workers are so determined to make it to the top right now that they believe they need to move on to move up. As a result, leaders invest a lot of time in them. This may well have caused some bosses to neglect the ‘older’ generation in favour of investing time, training and attention in the young and hungry to keep them on board. This is an oversight – it costs a great deal more to replace experienced employees than those just starting out in their career.”

The strength of leadership is not simply a problem for those already in work – it’s becoming an increasingly important factor when choosing a new employer as workers become more concerned than ever about the quality of the leaders in their organisations.

When Randstad asked British workers to list their priorities when it comes to looking for a job, strong management and leadership was cited as one of the five most important criteria in choosing a new employer by 17% of respondents. In previous studies, carried out annually since 2012, this has risen from 14% in 2012 and 2013 to 15% in 2014.

Mark added, “We think it’s likely that this trend reflects a change in the way people perceive leaders within their organisations. First, the leader’s job is getting harder which makes having a quality person in the role more important. The qualities demanded of high-performing leaders have changed over time: today’s leaders need to be hands-on, inspirational, creative, and inclusive. Increasingly, leadership is about creating a context for innovation and inclusion in the face of ambiguity and the unexpected. Some weaker bosses have been willing to operate by a well-understood, ‘tried and tested’ set of corporate practices and policies. Employees appreciate the difference. And second, with employee’s remuneration and accomplishments increasingly wrapped up in the performance of their organisation, having the right leader in place is becoming critical to their own success.”

Different industries place a different level of emphasis on the importance of leaders. Property professionals (26.5%), those working in professional services / consultancy (22.3%), and telecoms professionals (21.8%) rate strong management and leadership as particularly important when choosing a new employer, while those working in the public sector (13.8%), creative industries (13.0%), and healthcare (12.9%) focus less on strong management and leadership.

How to boost your businesses’ in-office productivity levels

An entrepreneur’s guide to hiring (and firing) staff