The British Franchise Association (bfa) has revealed the 20 nominees who will compete for the right to be named the bfa HSBC Franchisee of the Year 2016. 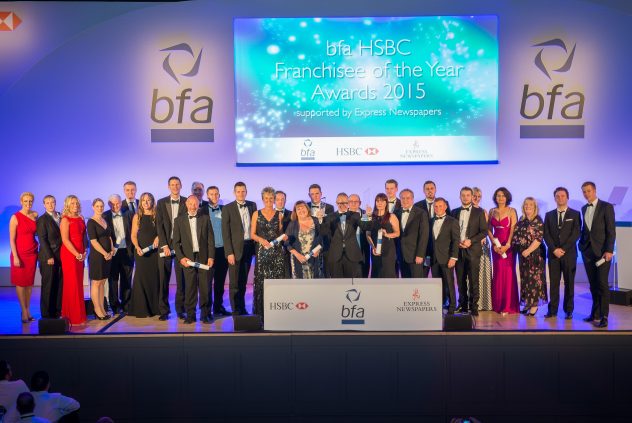 For the third consecutive year a record number of entries were received for the top honours available to UK franchisees. It’s the 27th year that the awards have recognised the highest standards, performance and business excellence of entrepreneurs across the country.

Spanning six categories, the finalists and the communities they cover are:

Young Franchisee of the Year (aged 30 or under)

Female Franchisee of the Year

Microbusiness Franchisee of the Year (less than £100,000 turnover)

Customer Service Franchisee of the Year

B2B Franchisee of the Year

Olderpreneur Franchisee of the Year (aged 55 or older)

Pip Wilkins, the bfa’s CEO, commented: “With around 45,000 franchise-owned businesses in the UK, we’ve had to make some very tough choices to get down to 20 finalists. Selecting just a handful of exceptional business owners to go through is extremely difficult. These are outstanding entrepreneurs that are leading the way in franchising and we’re set for an even more difficult task ahead in choosing the winners.”

The overall UK Franchisee of the Year 2016 will be named from one of the six category winners. All finalists will present their case to a panel of expert judges on 13 & 14 July, which this year includes Nikki Broadhurst of law firm Stevens & Bolton; Euan Fraser from AMO Consulting; and Stuart Walsh of Franchise Finance. They’re joined by Brattesani, Wilkins and Brian Smart, who will chair the panel.

Winners will be named at a black-tie ceremony on Thursday 29 September at Birmingham Town Hall. News of the awards can be followed via the hashtag #FranchiseeAwards16.

Car apps to make you a better driver