For the second year in a row, Singapore takes the top spot in HSBC’s Expat Explorer country league table. Expats in Singapore enjoy some of the world’s best financial rewards and career opportunities, while benefiting from an excellent quality of life and a safe, family-friendly environment. 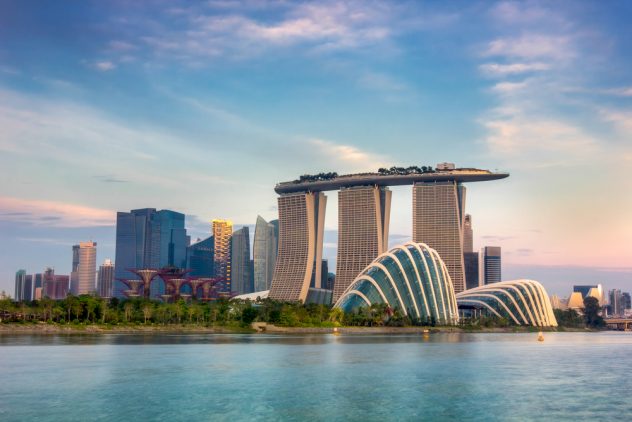 Expats’ ratings of 45 host countries are available to explore online through the Expat Explorer interactive tool.

More than three in five (62%) expats in Singapore say it is a good place to progress their career, with the same proportion seeing their earnings rise after moving to the country (compared with 43% and 42% respectively of expats globally). The average annual income for expats in Singapore is USD139,000 (compared with USD97,000 across the world), while nearly a quarter (23%) earn more than USD200,000 (more than twice the global expat average of 11%).

Overall, 66% of expats agree that Singapore offers a better quality of life than their home country (compared to 52% of expats globally), while three quarters (75%) say the quality of education in Singapore is better than at home, the highest proportion in the world (global average 43%).

Now in its ninth year, Expat Explorer is the largest and one of the longest running surveys of expats, with 26,871 respondents sharing their views on life abroad including careers, financial wellbeing, quality of life and ease of settling for children.

The top expat destinations for economics, experience and family are:

Switzerland shines for the second year in a row, offering unrivalled financial wellbeing and a strong economy for expats. Nearly nine in ten (87%) expats living there in Switzerland feel confident about the political stability of the country and four in five (80%) feel confident about its economy. Three quarters (75%) of expats say the earning prospects are better in Switzerland than they are back in their home country, with an average annual income of USD188,000. Nearly three quarters (71%) of expats in Switzerland are able to save more of their income there, while 73% now have more disposable income. This compares to global expat averages of 53% and 56% respectively.

New Zealand leads the way for an unrivalled expat experience. The vast majority (83%) of expats there praise the country’s environment (air pollution, water quality) as better than in their home country, and nearly three quarters (73%) say their quality of life has improved, which compares to 52% of expats globally. Nearly three quarters (72%) of expats are integrating well with the local people and culture, and the majority (57%) agree that New Zealand welcomes people regardless of faith, races, gender and sexual orientation better than their home country.

Dean Blackburn, head of HSBC Expat, comments: “Expats consistently tell us that moving abroad has helped them achieve their ambitions and long-term financial goals, from getting access to better education for their children to buying property or saving more for retirement. Most expats also find that their quality of life has improved since making the move – and that they are integrating well with the local people and culture.”

Know where your money is going with personal finance software