The turn of the year brings with it a lot of optimism and an appetite for change; while some people ring in a new year with resolutions to get fit, others resolve for a change of location or a change of career.

According to a recent report published by Investors in People, 47% of employees are on the job hunt looking to move jobs in 2018 – almost half of the UK’s workforce – while around 18% are actively looking for new employment. 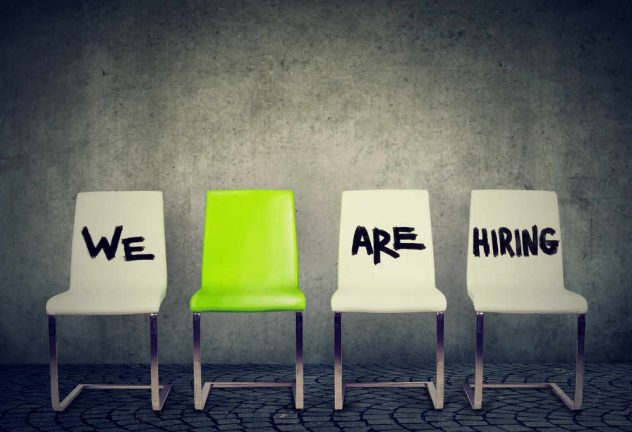 On top of that, most respondents also believe that the UK job market has worsened (19%) or not improved (33%) over the last year.

While these figures do not inspire confidence, there is at least one reason for optimism; though the figures are high, they are lower than the previous years’ survey (25% in 2018, compared to 33% in 2017). Similarly, the figure for workers who are actively seeking new employment has decreased from last years’ survey, from 25% to 18%.

This is also the case for levels of employee happiness; 25% of workers are unhappy in the current position, but compared to 33% in 2017, it is a marked improvement.

As such, it’s not all doom and gloom. Workers across the UK are, generally, happy with aspects of their jobs. Some highlights include flexible working arrangements, enjoyable work, and working as part of a great team.

There is nothing surprising about this; as technology has made remote working easier (and the rise of the gig economy has helped with the shift away from traditional work patterns), it has helped to free-up time in schedules; workers who benefit from flexible arrangements may not suffer from stressful commutes, for example.

Working within a good team is also hugely beneficial, and can help workers to feel happier in their day-to-day tasks.

The grass is always greener

However, the overall tone of the report is, unfortunately, pessimistic. 49% of respondents cited poor management as a source of dissatisfaction, while pay (40%), feeling under- or unvalued (39%) and a lack of career progression (30%) were also raised.

Additionally, workers across England and Scotland are worried about the impact of Brexit on job security; a quarter of private sector workers who were surveyed expressed concern, and 28% of jobseekers believe Brexit will make it harder to find work over the next 12 months.

Competitive pay (57%) and benefits (28%) are the most important factors for workers on the job hunt and seeking a new position, and this is understandable given that economic growth and increased levels of employment have been met with wage stagnation.

These can be difficult expectations for small businesses to meet, especially when competing with the resources of larger corporations, but are a near-certain way to improve employee happiness and improve staff retention.

However, it’s not all about the money. Reviewing your management practices to ensure they are appropriate may help you to maintain rapport with your colleagues and employees – are you micromanaging, or not leading effectively?

For people on the job hunt, job security (29%) and pay (39%) are important, but not as important as enjoyable work (55%). Providing an atmosphere where the work is challenging but enjoyable, secure and with potential for career progression is a great way to attract quality candidates who want to give as much as they get.

Over half of those on furlough are considering a career change

How to upskill your team while working from home

Dominic Lill - February 9, 2017 0
It's a natural inclination for an individual to view work from a single vantage point – the worker’s own point of view. An individual’s...