Are you planning your next holiday to an exquisite travel destination, but haven’t decided where to go yet?

Why don’t you add Africa to your list of options? This is the second largest continent in the world. Here is a list of destinations that you can add on your Africa bucket list that is a definite must see on your trip to Africa. 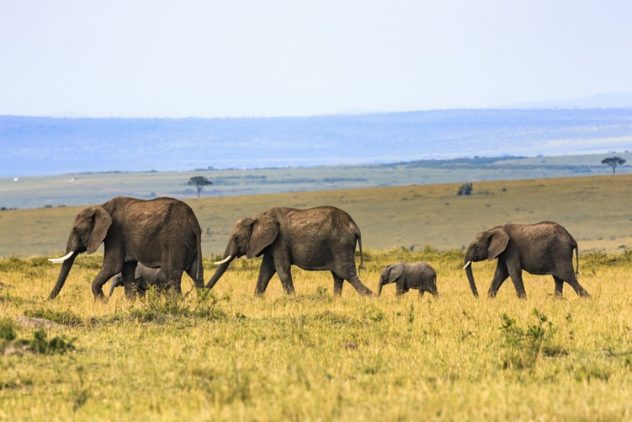 South Africa’s Mother City, Cape Town. Home to one of the 7 Wonders of the World, the magnificent Table Mountain, probably one of the main reasons to visit Cape Town. The scenic Winelands around Cape Town, where you can experience a tour of how they produce wine and also taste the product delivered. Another experience and adventure is whale watching and shark diving at the southern coastline. Or you can step into the streets of Cape Town and learn more about the history since 1488 at the time of the Portuguese explorer Bartholomeus Dias.

The Garden Route is a 200 km stretch between Mossel Bay in the Western Cape and Storms River in the Eastern Cape. The Route goes through the towns of George, Wilderness, Sedgefield and Knysna, passes through Plettenberg Bay and the spectacular Tsitsikamma Forest and ends at the Storms River Bridge. Nature Reserves on the Garden Route include The Tsitsikamma National Park, Wilderness National Park, Outeniqua Nature Reserve and Knysna Forest. A few other must see things to add on your tour to the Garden Route is wine tasting in Robertson, riding an ostrich on an Ostrich Farm near Oudtshoorn, an adventure outing to the Cango Caves, and views of the spectacular Knysna Heads.

Pilanesberg is situated in a crater of a long extinct volcano, which was formed 1 200 million years ago. Even if the animals are not your main attraction, then the geological formations will definitely be the reason why you must visit the Pilanesberg National Park. There are more than 50 species of large mammals in the park with many smaller species, including the Big 5 (Black Rhino, Lion, Elephant, Buffalo, and Leopard). Take off the stress of driving yourself and book an unforgettable safari experience for you and your family.

The Kruger National Park is the largest game reserve in South Africa and one of the largest game reserves in Africa. Home of the Big 5 as well as more than 140 mammal species, 500 bird species and 118 species of reptiles. With 12 Main Rest Camps, 5 Bushveld Camps, 3 Bush Lodges and 11 Luxury Lodges, the Kruger National Park offers something for everyone and for every travel budget.

Namibia gets its name from the Namib Desert, one of the world’s oldest deserts. Namibia offers you the highest dunes in the world at Sossusvlei, one of the greatest conservation areas in the world, Etosha National Park and the largest canyon in Africa, the Fish River Canyon. You can be assured of evenings under the stars with a 180 degree views of the milky way. Plan your annual holiday between June and October when it is the best time for wildlife viewing.

The Victoria Falls is the largest waterfall in the world during wet season and is one of the 7 Natural Wonders of the World. This must definitely be on your traveling bucket list. The widest point is 1,700 metres and the highest drop is 108 metres. Things to add on your trip is a cruise and white-water rafting on the Zambezi River, bungee jumping off Victoria Falls bridge, Safari tours, elephant safari tours, swim in Devil’s pool, and of course fine dining and shopping.

Mauritius was created by volcanic activity more than 8 million years ago. Known for one of the best honeymoon destinations, as well home to some of the best family holiday resorts. Offering beautiful beaches, colourful cocktails and you can hike through the magnificent mountain settings and explore the country’s cultural heritage.

There are a lot of reasons why you should visit the Serengeti in Tanzania, but the main reason is the Great Migration, also known as the “Wildebeest Migration”. This is one of the 7 Natural Wonders of Africa. The migration forms one big circle when around 2 million of wildebeest, and thousands of zebra, eland and gazelles move from the Serengeti National Park in Tanzania, to the Masai Mara National Park in Kenya and back to Tanzania again. Other reasons to visit this Natural Wonder of Africa are the magnificent landscapes, the Maasai villages, spectacular birding and wildlife safaris.

Uganda, also known as the “Pearl of Africa”, is home to the mountain gorillas and is famous for  incredible national parks. A few things that you can do in Uganda, are Gorilla trekking, an Ugandan safari, a fishing safari on the Nile River, Chimpanzee trekking or a cultural tour of Kampala. Uganda is also known for being one of the best birding destinations in the world with over a 1,000 recorded species.