Timothy Sykes is a big name in the world of penny stocks. Most people who are thinking about learning to trade, either full-time or to create a side income, will come across him at some point.

Timothy Sykes offers a range of courses and training materials. His flagship program is called “Millionaire Trader” and he boasts millions of followers worldwide. 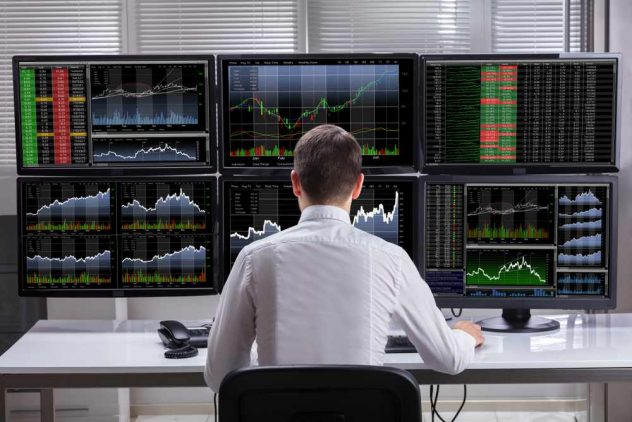 But he’s also controversial. He’s been dogged by accusations that he’s a scam artist pretty much from the get-go. And his Instagram account isn’t exactly, how shall we put it, a bastion of modesty.

If you’re considering purchasing one of his courses but are still on the fence, then this post is for you. We’re going to examine the claims that he’s running a scam and look at exactly what he’s offering.

A bit of background: Who is Timothy Sykes?

Timothy Sykes is best known as a penny stock trader and teacher. He runs two main sites, TimothySykes.com, where he offers his flagship “Millionaire Trader Challenge”, and Profit.ly, where he publishes details about his trades and sells training materials. He has a substantial social media presence, with over one million followers on Instagram.

He’s appeared on national television several times, and has been interviewed by both Larry King and Steve Harvey. He also had a write-up in The New York Times.

Notably, he’s also made numerous charitable contributions through The Timothy Sykes Foundation, which focuses on building schools for underprivileged communities across the world.

So what about his trading history?

Part of Sykes’ backstory is that he turned $12,000 of bar mitzvah money into over five million dollars over the course of a very lucrative career trading in penny stocks. He publishes details of all his trades (and current positions) online, irrespective of whether or not they make a profit.

What is his philosophy?

Timothy Sykes complements old-school trading techniques with his personal philosophy. He encourages students to take advantage of short-term fluctuations in the market, and a lot of his training materials focus on the proper use of market indicators and forecasting techniques.

He will generally identify stocks with good upwards momentum and sell them before they start to fall. This strategy usually involves holding a position for a few hours rather than days or weeks. Timothy Sykes also advocates shorting penny stocks when there’s data to suggest they’re overvalued due to market hype, thus taking advantage of the downward curve as prices stabilize.

His approach is more reliant on an understanding of market activity rather than in-depth analysis of financial statements and company activities. That said, his teaching materials cover a range of trading styles and cater to students with varying budgets. He suggests that around $500 is a lower-end starting amount for a beginning trader.

What exactly does Tim Sykes sell?

Why do people accuse Timothy Sykes of being a scam artist?

Pop the phrase “Timothy Sykes” into Google and you’ll be met with a mix of reviews, some good and some bad. Some are convinced he’s a scam artist while others rave about his materials.

So let’s dig into a few of the claims.

First off, it’s important to address the notion that penny stocks are somehow bad in and of themselves (films like The Wolf of Wall Street certainly didn’t help things). Penny stocks are simply shares which are valued under $5, and thus usually not eligible for trading on the larger exchanges like the New York Stock Exchange.

A lot of the criticisms levelled at Sykes are tied up with this negative misconception. But it is demonstrably not true. There are thousands of successful traders and Sykes has published extensive details of his past trades.

A second common claim is that Sykes is just repackaging trading techniques which are already widely known. This is true to an extent. He does teach fundamentals but it’s worth remembering that he’s catering to beginners as well as more advanced traders, and the information is presented in a very structured way, plus, he adds his expertise and experience to the mix, which can’t be said for most of the free resources online.

Finally, another oft-cited criticism is that Sykes is running what is in essence a pump-and-dump scheme. The argument runs that he is encouraging his students to buy stocks he himself is invested in before “dumping” them for a profit.

Anybody familiar with his courses, however, will know that this isn’t true. He talks extensively about how his students can avoid pump-and-dump schemes, and even how to spot and benefit from them.

Timothy Sykes: Scam or not?

It’s our firm opinion that Timothy Sykes’ training programs are not a scam. He isn’t promising to make anybody an overnight millionaire, but he has built a publicly-accessible body of evidence, including information about his own trades, that proves he knows what he’s talking about.

What’s more, many of Sykes products are inexpensive. People who want to learn about trading but are unsure about his materials can always purchase his Amazon book, take a look at his Youtube videos, or opt for one of his cheaper courses. Equally, most of his higher-priced services work on a subscription model and can be cancelled at the end of the month.

What makes a company attractive to traders to invest in?

Why stock market research is essential before investing

Bull vs Bear – A beginners guide for dummies

What is social trading? Copying traders to invest

The advantages of growth stocks for investors

The rise of technology and mobile apps in the trading world

3 forex trading indicators that traders should know about

Dominic Lill - September 11, 2019 1
Some economic theories argue that forex trading is akin to gambling based on the fact that market behavior can be totally irrational...
We use cookies. To learn more, read our Privacy Policy.Ok