This year is surely going to be remembered as a very problematic one (to say at least). It is a difficult year for the entire world. First those forest fires, the virus, and then all this. The scars of the wounds are not going to heal fast.

We can already see that in the newspaper’s headlines. While the rest of the world is licking its “COVID-19” half-closed wounds, the society of the USA is opening new ones. And once we do close this chapter, and we will, there will be some consequences. A higher unemployment rate is one of them, even people who work for waste removal companies. 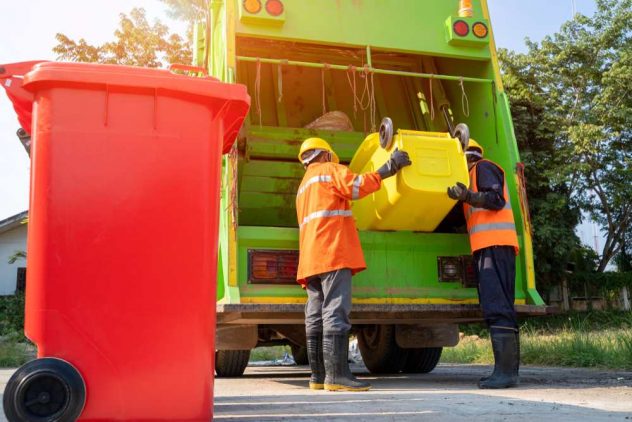 People are losing their jobs. We are not going to get into the political or geopolitical aspects of the current situation. Let’s talk about opportunities. What should we do next? We could stop crying about the current problems and do something about them. Should we start thinking about some new professions? What’s your opinion about garbage disposal?

There is money, you just have to take it

Waste is everywhere, and it’s becoming a valuable resource

Waste has always been generated by humans. Landfills are unfortunately the most common way to dispose of garbage and waste for most countries of the world. There is even one in the Pacific Ocean. However, it’s getting harder and harder to create new ones because no one wants to live one of them. These sites are extremely ugly and smelly. And it is not just the sight of the increasing piles of waste that’s the problem. There are also toxins, leachate, and greenhouse gases. This is why people are starting to think of ways to prevent and recycle waste. But there is one important approach to waste management and that is treating waste as a valuable resource.

Did you know that Sweden imports around 1.3 million tones of rubbish each year? Most of that rubbish comes from Norway and the UK. They import rubbish because they are too efficient at handling their waste. Officially, only one percent of the waste produced in Sweden reaches a landfill. The remaining 99% gets recycled, reused, or converted into energy.

And how do they use trash for energy? We had to ask our good friend Helen Montgomery who is one of the managers in a waste removal company from London. She explained how trash became one of the most precious resources.

“Power plants in Sweden burn trash instead of coal or gas. About 49% of household waste is recycled, and roughly 50% of garbage is incinerated in power plants. Heat is transformed into steam and this steam spins turbines to generate electricity.”

This is why waste management and waste removal companies as an integral part of the system are so important.

Waste removal companies usually negotiate private contracts with municipal services and companies if they have the equipment and personnel to meet the needs of the area they are working in. The contract uses the type of garbage collected and related services offered, including recycling or landfill services to determine the right fee.

In short, most waste removal companies make money by recycling, composting, and disposing of waste from municipal, commercial, and industrial customers, wherever they are.

They charge their clients (or customers) more for their services than what they have to spend to deliver their services. Of course, the cost may be reduced by fees paid to them for recyclables and perhaps more government incentives. In other words, they are good at math and they provide you with a service that is cheaper than if you would decide to do it yourself.

10 ways to turn your trash into cash

How does waste management affect our health?

Reasons why you should use skip hire services

Innovation with plastics in the UK’s food & drink sector

How restaurants can cut waste during the winter holidays

Impact of a no deal Brexit on the waste management sector

Dominic Lill - July 23, 2019 2
As a law firm, B P Collins has guided the waste management sector in the UK for more than 20 years and...
We use cookies. To learn more, read our Privacy Policy.Ok