Bitcoin is a digital and decentralized currency that utilizes person-to-person technology for making transactions to other people or businesses. Bitcoin is a type of investment and can either can be used as a currency or can either be traded.

Bitcoin was created back in 2009, but at that time, no one believed in it. After some years, experts analyzed and began to know about the blockchain technology used in the bitcoin system that makes the transactions secured from any frauds. 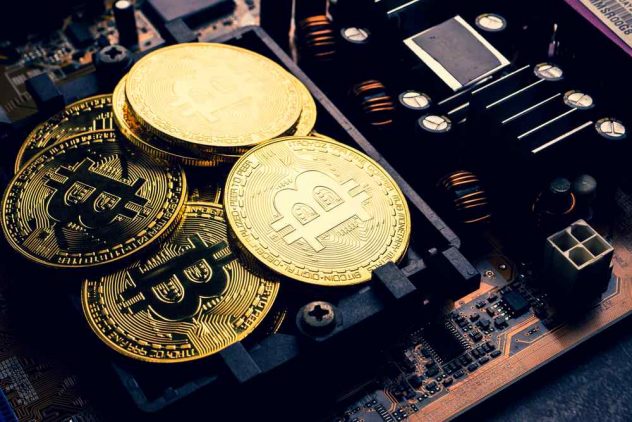 In 2017, the price of bitcoin hit the heights and was more than $18,000. The market of bitcoin is quite unpredictable; this is the main reason why most people lose interest in investing in bitcoin. Over the years, the price of the bitcoin increases and decreases, and some people have become millionaires while some have lost their money. Before entering the market, it is crucial to understand the nature of the bitcoin market and know how to invest in it. But if you are a beginner or experienced and want to gain knowledge about every possible information available for bitcoin, here is everything you need to know.

Bitcoin is a virtual or digital currency that was created and used on the computer electronically. Bitcoins are not like traditional currency and are not governed by monetary authorities or any central banks. Bitcoin is the first official cryptocurrency that is promoted by people and businesses across the world. The blockchain technology on which the bitcoin operates uses complex mathematical problems to store and keep a record of all bitcoin transactions. Bitcoin online trading site is such a website that gives all the details on bitcoin and trading.

When was the bitcoin created?

Bitcoin first came into existence by an individual or a group of individuals named Satoshi Nakamoto. He proposed bitcoin on a white paper as a method of online payment. The main idea behind creating bitcoin was to generate a system that doesn’t include central authority, government, or any financial institutions. Instead, the bitcoin was made to be operated by a decentralized ledger referred to as the blockchain.

Bitcoin is a decentralized currency that allows making payments and transferring money without depending on government authorities that control the money supply. The idea behind the creation of bitcoin was to be independent of the government who controls the availability of digital currency globally. Bitcoin is an astonishing currency that made exchange possible via computer instant that doesn’t even charge an extra fee for making transactions.

There are near about 21 million coins available in the cryptocurrency market. Solving complex mathematical algorithms result in the mining of this digital currency. The growth for the exchange medium is limitless because the bitcoin is divisible. The whole world is shocked about the interesting invention that is made alongside bitcoin that is blockchain technology of distributed ledger technology.

Is bitcoin a currency or a commodity?

Bitcoin offers great features and services that make it different from conventional currencies. There is no monetary authority or bank that is controlling the bitcoin, and it is a decentralized cryptocurrency that allows the users to do transactions without even adding their personal information.

The blockchain technology used in bitcoin makes it transparent, and the transactions can be made immediately. There is no particular definition of bitcoin and an understanding of what the actual currency is and what is the difference between a currency and a commodity. No one has come to a specific conclusion, but still, everyone wants to gain knowledge on bitcoin.

The future of bitcoin

The advancement of technologies has made the world a smaller place in recent decades. With the invention of bitcoin, people can use it as a medium of exchange internationally without involving third-parties that can be financial institutions like banks or central authority. This is the main reason behind the growth of cryptocurrency, and it will continue to grow and attract more people.

Bitcoin transactions are anonymous, and there are many other amazing benefits that are offered by this digital currency. Bitcoin is gaining the interest of more and more people, and people and businesses are promoting bitcoins by accepting them as a medium of exchange. People around the globe are utilizing bitcoin for investing and trading, and it is the wave of the future.

Impact of liquidity and bitcoin trading

The rising dominance of bitcoin

Did PayPal’s crypto announcement add to the overall momentum?

Is bitcoin a wise investment now?

How to get a bitcoin

3 tips on how to use bitcoin debit card

Dominic Lill - August 8, 2018 0
For many years, businesses of all kinds have managed to raise funds by offering stock to investors. The money from the stock sale is...
We use cookies. To learn more, read our Privacy Policy.Ok