If you’ve been around for a while, you’re probably aware that the United States used to have a gold standard. This basically means that the dollar was linked to the value of gold.

In the early 1900s, the United States thrived off of this. However, the gold standard was abandoned decades later, in 1933. By then, it was decided the dollar was to have its own value, not to be linked with any other. 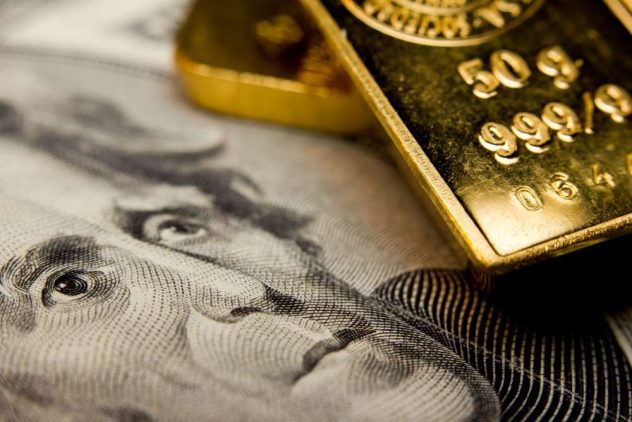 What is the gold standard?

As mentioned, it’s when citizens could trade their US dollar for gold, as they were the same value. This means that anyone looking to buy gold viewed it a little differently. A dollar was an easier way to transact the value of gold, but gold was a good way to store that value.

Also, the metal had one specific value for each foreign currency as well. This ensured travelers could easily convert their fiat to US cash by simply trading in gold. Those leaving the US could also bring gold to convert into other countries’ fiat.

Why was it abandoned?

Well, there are a few problems with this standard. For one, the US government could only inject money into the economy if they had additional gold to back it. This severely limited its control over the currency, as the would need more gold to do anything to the dollar.

If the economy begins to fail, (which it did, but we’ll get into that later), there’s nothing anyone can do. That and the government couldn’t limit a growing economy to keep it in control. By keeping the dollar’s value linked to a rare asset, they were essentially giving up all power.

Keep in mind that gold was mined by third-party companies. If those miners went on strike or simply couldn’t find more gold, the economy would stagnate. Additional businesses could open, but there wouldn’t be enough currency to support them, for example.

The final nail in the coffin for the gold standard was the Great Depression, however. In fact, attempting to keep the gold standard initially hurt citizens even more. There was no way to stimulate the economy, as central banks couldn’t print unbacked money.

Shortly after World War II, the United States made the dollar the base for all currency in the world. Sure, you could still convert your dollars into gold and vice versa, but gold had its own value. This opened up the dollar for trade around the world. However, it also means the dollar isn’t technically “backed” by anything. It’s only valuable because we believe it is.

Does the gold standard have a future?

Some more conservative types believe we should return to the gold standard. Their reasoning is that of the central banks simply printing money. Conservatives don’t care for this as it generally deflates the value of the dollar.

The idea is for gold to limit the spending and printing of banks and governments. It would prevent the US from overspending and would ideally limit debts the country incurs.

There’s also the adjustment of interest rates. In the current economy, governments can lower or raise interest rates based on economic performance. This is near impossible to do with the gold standard. Once again, countries would essentially be giving up control of the economy by doing so. Sure, it would limit governments from spending and printing whatever they’d like, but it doesn’t help during times of turmoil.

Some representatives call it “honest money” – we can only spend what we actually have. It’s similar to using a debit card vs. a credit card. The latter enables us to spend money we don’t have, while the former limits us to what we’ve acquired.

As of now, it doesn’t look like the gold standard has any chance of returning.

Now you’re aware of why we abandoned the gold standard. It’s certainly for the better, as many would argue. More control over our economy is generally a good thing, even if there are some downsides. However, these downsides could potentially be addressed. Limiting our control makes things worse when they’re bad. Keeping control means we can improve things, at least for the short term, when they’re bad.

The complete guide to qualifying leads

How did 2020 change the world of online trading?

What does it mean to trade stocks using CFDs?

5 areas that separate a good online stockbroker from bad

Secrets no one is telling you about copy trading forex

5 things to consider before using cryptocurrencies in your business

Dominic Lill - September 25, 2018 0
Despite the fact that the cryptocurrency market is struggling to find support, the interest among business owners wanting to use cryptocurrencies is increasing. There...