Andy started Rush in 1994 with his partner Stel, they opened their first salon in Wimbledon after meeting at college and aspired to open 12 salons in London. Now over 20 years later and 70 salons across the UK his true business ethos, dedication and vision for the brand has led to the award-winning leading hair brand Rush is today. 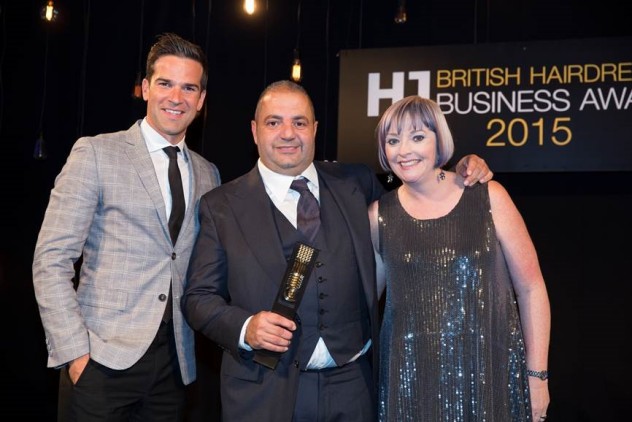 This is the second time Andy has won the prestigious British Hairdressing Director of the Year Award, before in 2008 and in 2012 Rush won the Franchisor of the Year Award. HJ’s annual British Hairdressing Business Awards celebrate the creative and ground-breaking talent and success in the UK salon industry. This year was no exception with the very best in British hairdressing attending London’s Royal Lancaster Hotel hosted by TV presenter, Gethin Jones. The Finalists carefully selected for Business Director of the Year have demonstrated absolute commitment to their salons, they are inspirational leaders and set the standards for others in the industry to aspire to. The awards promote professionalism, innovation and excellence, recognising and valuing the creative skills and the business acumen needed to run a successful nationwide salon brand.

HJ British Hairdressing Business Awards recognises the success of the leading salon industry professionals both within major groups or independent salons and their outstanding contribution both individually or collectively to the British Hairdressing industry. Rush were fortunate to have Rush Reigate Franchisee, Nicola Keith-Jopp also nominated for Franchisee of the Year.

“I am blessed, I can’t tell you how blessed I am. It is truly mind blowing” said Andy upon receiving his award. Rush prides themselves on hard work, creativity and passion for what they do. Success at Rush is valued with ongoing strong communication channels, in house training and the annual award ceremony at the Rush Oscars. Andy highlights: “It’s important that they know how much we value them and that each team member is integral to the company’s success.”

Start-up vs. franchise: Which one is best for you?