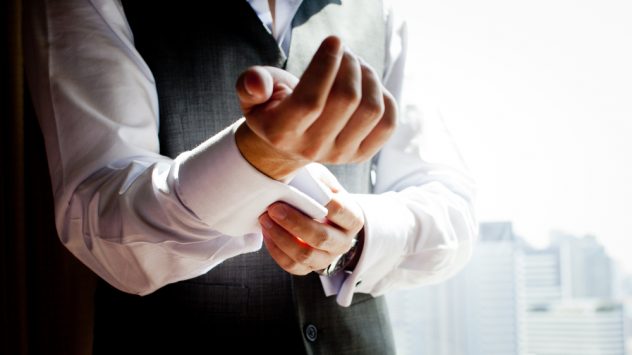 The study, carried out by office stationary suppliers, Viking, reveals the pressures that office workers across the UK feel when it comes to the clothing they wear for work, resulting with 1 in 10 workers being unhappy with their workplace attire.

Overall, 52% of workers said they had felt pressured into buying new clothing to ‘keep up appearances’ around the office. When asked why, the majority felt their fellow colleagues would judge them for not revamping their wardrobe.

42% feared that female colleagues would judge them, closely followed by 41% fearing the same thing from male counterparts. Another revelation was that those with a more formal dress code felt that women had it easier when it came to dressing in the workplace, whereas smart-casual, casual and uniformed workplaces thought men were less likely to be judged.

This suggests that women may be more conscious of their day to day clothing, whereas men feel greater pressure to smarten up in formal meetings, presentation and other situations.

Gemma Terrar, European HR business partner at Viking, said: “As a HR professional, I’ve seen it become more and more common to have a casual dress code – possibly due to the influence of millennials in our workplace.

“As a result, wearing a shirt and tie is not only becoming a thing of the past, but our restrictions for what counts as ‘business formal’ have relaxed. Now, it isn’t uncommon to find a business meeting without a suit jacket in sight.”

Full results from the survey can be found here.

How to adapt your business to suit your customer base

Dominic Lill - June 21, 2017 3
The very best businesses don’t just stay the same. They adapt and grow over the years to suit the needs of their customers and...
We use cookies. To learn more, read our Privacy Policy.Ok