Due to the fact that squatting in a residential home became illegal in 2012, commercial properties are now some of the only properties that squatters can target, while still operating within the law.

Like many small business owners, you may be unfamiliar with the laws surrounding squatting, and need advice on how to best secure your property from potential squatters. Regardless of the age or size of your property, squatting can have a detrimental financial and emotional effect on any business and more. 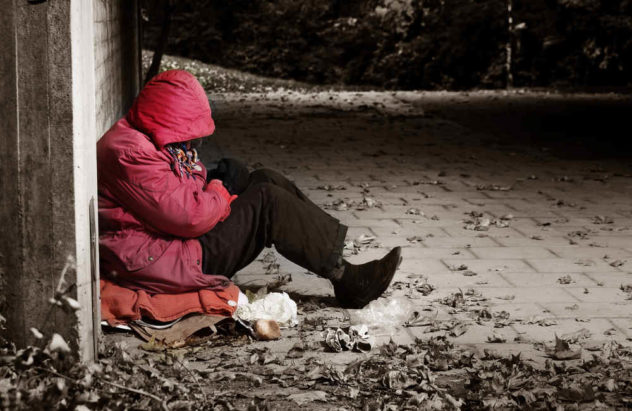 As the office clearance specialists Clearance Solutions have said, “empty properties are known to attract risk and illegal activity that can affect the entire community”.

When does squatting become illegal?

The differences between lawful and unlawful squatting are not quite as cut and dry as you would expect.

Although someone can legally be on private commercial property without the owner’s permission, squatting only becomes a crime when the property is damaged as a result of that occupation. If the occupant steals from the property (including the use of utilities like electricity, water and gas), then squatting technically becomes burglary, and the police will be able to take action.

However, this intent is often difficult to prove, as squatters can usually repair any damage that they cause to the property and disguise to outsiders that they have been using the utilities. What’s more, if you attempt to remove any squatters from your property yourself – either by force or by threatening to use force, then any criminal charges will be aimed at you.

Because these differences between lawful and unlawful squatting are so heavily subject to circumstance, the best thing for any commercial property owner to do is to make sure that their building is not seen as a target for squatters in the first place.

How can I secure my property against squatters?

It’s generally a good idea to make sure that any property you own is secured with strong locks on the doors and windows.

Burglar alarms and CCTV are also invaluable tools for protecting and monitoring your unoccupied commercial property. The simple presence of security cameras and burglar alarms act as a deterrent against most crimes. As long as your CCTV activity is legal and the cameras are set up effectively, the footage it provides can be used as courtroom evidence in the event of prosecuting any unlawful squatters on your property.

Another surefire way to make sure your commercial property does not fall victim to squatters is to ensure that it does not remain empty or unattended for extended periods of time. If you’re aware that this will be the case, you might consider hiring a live-in guard.

As the vacant property security experts Oaksure explain, having property guardians means that your property gains 24 hour protection; by having someone in your building on a daily basis, you can be alerted to any issue around your property and protect against squatters. Ultimately, the presence of guardians in a property means it ceases to be a target for squatters who solely target vacant buildings. After all, security guards, when off-duty or on a break, are unable to stop squatters from taking possession of a building or stop thieves from breaking in.

How has the equity release market faced during 2020?

Internet security for the homeworker

Why is it important to insulate your property?

What I rationale behind old windows and doors Toronto replacement?

What to choose? The differences between security cameras and alarm systems

Dominic Lill - January 31, 2017 0
Technology is changing rapidly and soon almost every electronic device we own will somehow be connected to the internet. This 'internet of things' allows...
We use cookies. To learn more, read our Privacy Policy.Ok