Peak beard has been proclaimed by journalists as early as 2013 but the trend has never really started to wane since, in spite of its many detractors. More popular than ever, beards have now definitely gone mainstream and male grooming businesses are as flourishing as ever, just about everywhere. 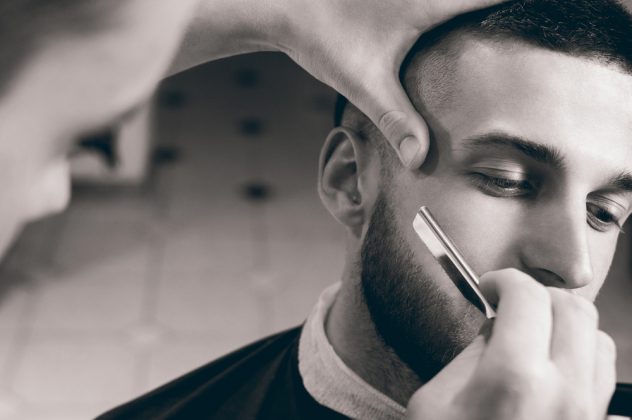 In fact, the male grooming industry is experiencing an incredible boom, generating an estimated $21 billion in 2016. The Independent also recently reported that the sector is growing rapidly and expanding from hair removal, to hair care, from moisturisers to luxury beard and shaving products. And it’s not just products: barber shops have also come back in fashion, and hair removal courses designed specifically for men are also in much higher demand to meet up with the new businesses’ grooming needs. Facials, massages, hair removal treatments such as laser and waxing are extremely popular and in 2015, 25% of salons customers were men.

Still, even more of this revolution is happening quietly online, with statistics reporting that men are much more likely than women to buy toiletries online and the trend is encouraging many young entrepreneurs to build their own male grooming brand and launch their businesses online.

Dollar Shave Club was a Los Angeles based startup that launched about four years ago and managed to get valued at an astonishing $1 billion before being bought by personal care, nutrition and hygiene giant, Unilever, that regroups global brands such as Dove and Axe, as recently as July 2016. Dollar Shave Club functions as a subscription service that sends monthly deliveries of blades and grooming products to customers. Unilever’s CEO Paul Polman hopes to secure a larger and younger customer base thanks to the startu. His aim is to be able to keep up with an evolving market model shifting towards more direct methods of selling to the customers online.

Harry’s is a grooming and shaving e-business that paved the way for many male grooming entrepreneurs. From its more humble startup beginnings in 2013 in New-York, it’s now turned into a very popular brand that’s taking over the shaving market and becoming one of the strongest competitors of global brands such as Gillette and Schick, with its beautifully designed and well priced sets of razors, delivered directly to the customer.

It recently secured a huge deal with Target and will now be available in all of their supermarkets: in just a little over 3 years, Harry’s has become a major player. Business is good for the brand that’s recently shelled out a little over $100 million to take over a german razor factory in order to create high-end blades and have a little edge over their other competitors.

Dominic Lill - October 11, 2016 0
Almost a third of UK employees (31%) can’t remember when their performance was last recognised by their employer, and the vast majority of workers...
We use cookies. To learn more, read our Privacy Policy.Ok